Let’s talk about the bromance between Rashford and Lingard 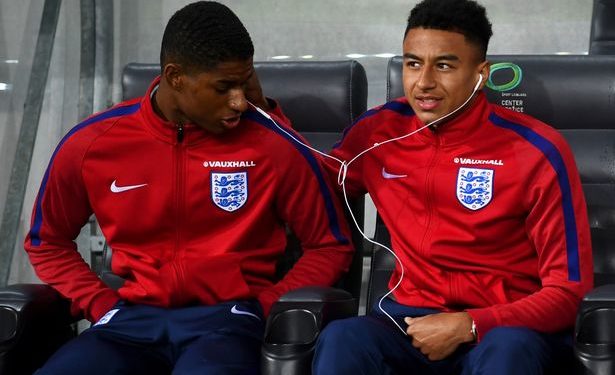 There is a special bromance between the 2 players, Rashford and Lingard. They came in almost the same time and Jesse Lingard acts as a big brother to Marcus Rashford.

Lingard has defended Rashford during International and Manchester games. But before we bring y’all the Rashford’s  best mate, minder, big brother, bodyguard, you name it act, lets take a look at their beautiful and memorable moments together.

Aww! so cute, so let’s get to the serious part and business, Lingard’s big brother, body guard and minders act. England’s goalless draw in Slovenia won’t be remembered for many reasons. But one of them will be another exhibition of football’s biggest bromance.

Late in the game, when it all got a bit heated around Marcus Rashford, his best mate, minder, big brother, bodyguard, you name it, Jesse Lingard was once again on hand to have his back .

Always got u bruh ????@marcusrashford

During Manchester city and Manchester United derby, when y’all can see Lingard in front.

He went ahead to score, such love! watch him carry his big brother.

You know it’s real when you share music, but Rashford already warned Lingard, no dabbinhg!

When Rashford was injured.

When they exchanged cars to drive each other’s whip.