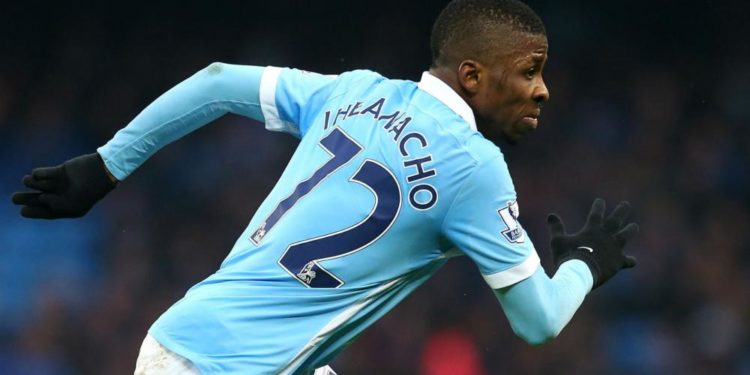 Manchester City striker Kelechi Iheanacho will dump the English giants in search of regular playing time in the summer, his agent, Olumide Olowu has hinted.

While speaking with completesportsnigeria.com, his agent lamented that Iheanacho had not ‘been treated fairly’ by Pep Guardiola and ‘needs to leave’ Man City.

The 20-year-old made a bright start under the Catalan and scored three goals when he filled in for the suspended Sergio Aguero in September.

But the Nigerian has not started a game since January 2 – which has coincided with the big-money arrival of Gabriel Jesus .

And Olowu feels his client will have to leave the Etihad to fulfil his potential after making just nine starts this season.

“Iheancho needs to leave Manchester City and he will find a better place to continue his younger career,” he said.?

“Guardiola seems to have his own players that he wants to play and you can’t expect a young player with huge potentials to be wasting away on the bench.

“Kelechi had already shown his quality before Manchester City signed Gabriel Jesus, he had already proven himself.

“I’m not speaking for Iheanacho, but as someone who is involved in advising him, I don’t think he has been treated fairly by Guardiola and I think his career will be better elsewhere.

“For whatever reason, he has not been given the opportunity to continue his progress at City.”

With a haul of eight goals, Iheanacho had the best goals-per-minute ratio of any Premier League player last season after scoring a goal every 93.9 minutes.

The Nigerian, who was nominated for the Golden Boy award, has scored seven goals in all competitions this season.

Damilola Adegbite reveals she has been in ...