From China, Oscar Will Get Medal If Chelsea Win Premier League 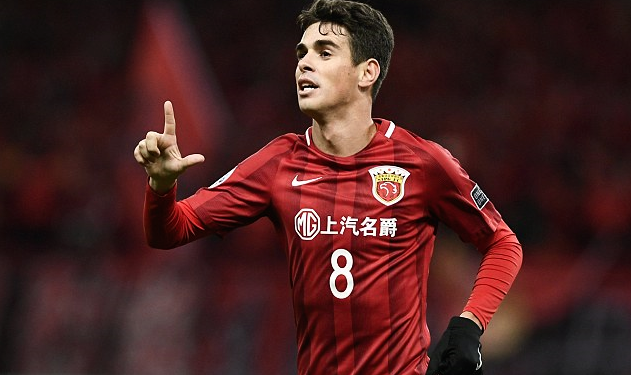 Chelsea are only one win away from securing another Premier League title – and there will be one surprise beneficiary of that achievement.

Oscar made the decision to move to Shanghai SIPG in China in the January transfer window in a huge £52million move, leaving behind a title charge under manager Antonio Conte.

But the Brazilian midfielder will not miss out after his contributions in the first half of the campaign as he is set to be given a winner’s medal if Chelsea win the Premier League.

That is because he made nine appearances in the English top flight before making his January switch, well above the five games played required by the rules for a winner’s medal.

Some members of Chelsea’s current squad will miss out officially, as they have failed to make the required appearances.

Nathan Ake has only played in one league game since returning from his loan at Bournemouth.