Chris Rock allegedly cheated on his ex-Wife with Kerry Washington 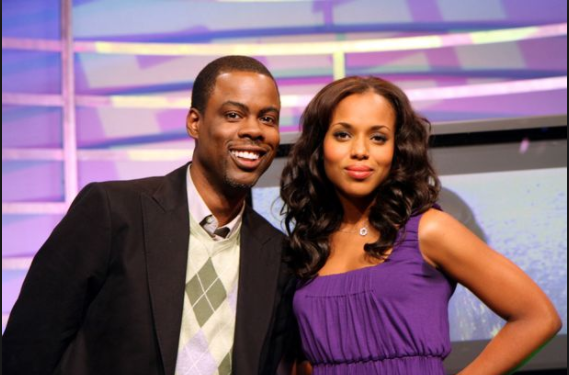 American Comedian and Actor, Chris Rock has been accused of cheating on his ex-wife, Malaak Compton-Rock with co-actor, Kerry Washington for 6 months after filming 2007 movie, “I Think I Love My Wife” together.

An inside source told Page Six:

This came after Rolling Stone reported Rock saying in a routine, “I was a piece of sh*t to her” referring to his ex-wife who ended her marriage with him last year.

However, another source claimed his routine wasn’t serious, saying: