Ben Murray Bruce – The many potentials in Anthony Joshua

This is an article written by Ben Murray Bruce; the founder of the Silverbird Entertainment Group and the Senator representing Bayelsa East in the Nigeria National Assembly.

Nigeria’s sports sector may have ignored Anthony Joshua but Nigerians did not and certainly I did not. Recall that Silverbird honored him at Man of the Year two years ago.

Today, we are all very proud of Anthony after his stunning defeat of Wladimir Klitschko.

The whole world is celebrating this young man with former world heavy weight champion, Mike Tyson saying Joshua “has changed boxing”.
Joshua may well be the most popular man in world sport for the next few months, but here is the thing, the world media are playing up Anthony Joshua as a British man.

Yes, Britain did a lot for him, and probably more than Nigeria did, but Nigeria must put all that behind and now embrace Joshua. 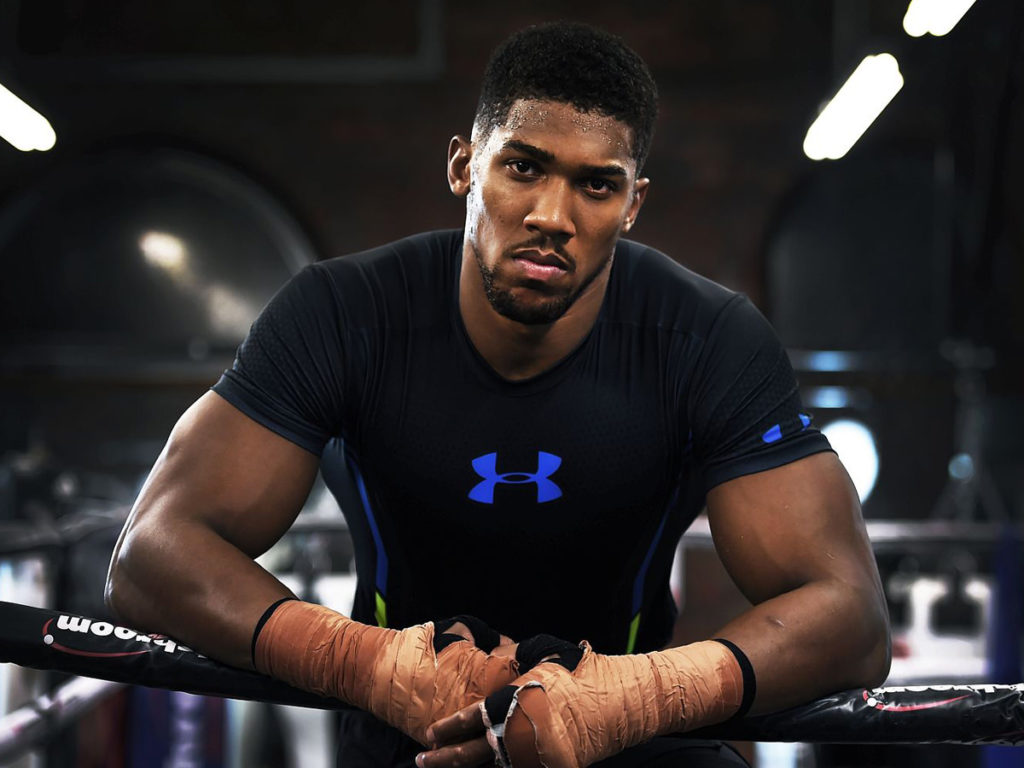 I had said that he should be congratulated by the government and invited to the Presidential Villa and made an ambassador for brand Nigeria and I thank God that two days after I made that call, the minister of information congratulated Joshua and said the federal government will invite him.

Irrespective of what happened in the past, as a nation we must reclaim Anthony Joshua and show him that we are proud of him and then promote him to the world as the epitome of Nigeria’s youth.

The federal government can arrange a global tour for Anthony Joshua and get Nollywood stars and our music stars to join him.

They should arrange for him to meet captains of industry such as Aliko Dangote, Mike Adenuga, Tony Elumelu and Jim Ovia.

This would spotlight Nigeria’s culture and economy to the world.

Believe it or not, by associating with this brilliant young man, Nigeria can improve her image much more than the billions to be spent on our embassies and high commissions worldwide.

If we as a nation refuse or neglect to embrace Joshua with eagerly open arms, the UK will not. They will celebrate him, project him and promote him and while they are doing that, Joshua will also celebrate the UK, project UK and promote UK.

The young man obviously thirsts for Nigeria and Africa. He even has a tattoo of Africa with Nigeria outlined on his right upper arm. The young man is passing on a subliminal message. He is still open to Nigeria despite the snub he got from our sport sector.

The young man has such a compelling story that we can use to sell him and Nigeria. From a bricklayer in London, he overcame an arrest for dealing cannabis, reinventing himself as an amateur boxer and he became an Olympic champion and now the heavy weight champion of the world. This is a story of the sheer Nigerian grit that has seen Nigerians rise to the top all over the world. With Joshua, we can show the world that there is much, much more to Nigeria than internet scams, corruption and terrorism.

In fact, Nigeria is even late in the game. We should have embraced Joshua as far back as 2012 after he won the Olympic Gold medal for Britain. The Queen of England even awarded him an MBE! Do you know what it takes to earn an MBE? But better late than never! We must begin to show him that east or west, home is best and home is Nigeria, the country tattooed on his right arm!

One thing we have to realize is that England wants Anthony Joshua but Nigeria needs him. Ironically, he does not need Nigeria so Nigeria must make him want us.
Nigerian must not underestimate the big difference a single individual can make. Today, sports contributes 2 per cent of Jamaica’s economy chiefly because of Usain Bolt. That is no mean achievement.

And Usain Bolt is not just affecting the Jamaican sports industry. Jamaica has witnessed a steady growth in tourist visitors with an increase of 8 per cent in one year alone. The over three million people visiting Jamaica are not just coming because of reggae music, they are coming because Jamaica is synonymous with Usain Bolt. And this is important to Jamaica because the demand for sugar, perhaps the mainstay of their economy, has been steadily decreasing worldwide. Does that sound familiar? Do I hear somebody say something about crude oil?
Usain Bolt also brings jobs to Jamaica in other ways. According to Damon McLean, a representative of the Jamaican sports sector, “All the ads that Bolt does – he tries to do them in Jamaica and that’s unlike everyone else because a lot of producers will try to shoot elsewhere. Gatorade and Puma have to shoot here and give jobs to people.”

Now, remove Usain Bolt’s name and insert the name Anthony Joshua. Do the same thing with Jamaica and insert Nigeria. Imagine the possibilities! In fact, Jamaican officials say that in terms of influence, the only person that can match Bolt is Bob Marley.

We have Wole Soyinka and we should thank God for giving him to us. But for too long, we have depended on his fame and international goodwill. I played my part and helped Nigeria discover Agbani Darego and she became the first native African to win Miss World. But that was sixteen years ago. Nigeria needs another Soyinka.

We need a new Agbani. And as one who has spent his entire life finding and developing talent, I make bold to say that Joshua is just what the doctor ordered!
He is in love with Nigeria. He did not tattoo the map of Europe or the UK on his arm. He chose Africa and Nigeria for that honour.

Ninety thousand people paid top pound sterling to watch Joshua beat up Wladimir Klitschko at Wembley Stadium. Ask yourself what would happen if Joshua insists that his April 2018 fight with Tyson Fury holds at the National Stadium Abuja or the Godswill Akpabio International Stadium Uyo.

It is very possible! Muhammad Ali and Don King, both of whom I knew personally, pulled it off with The Rumble in the Jungle in 1974. I tell you it is possible!

Imagine tens of thousands of boxing fans trooping to Nigeria. It can kick start our tourism industry. Uyo and Calabar are as beautiful as many of the world’s top rated tropical holiday destinations, but nobody knows about them. Joshua could be the key to shining an international spotlight on these cities.

But I hope my words will not fall on deaf ears. I hope those in charge will pay heed. Nigeria has an opportunity here and we must remember that this world offers no guarantees, it only offers opportunity.

Olori Wuraola Ogunwusi calls out to all ...