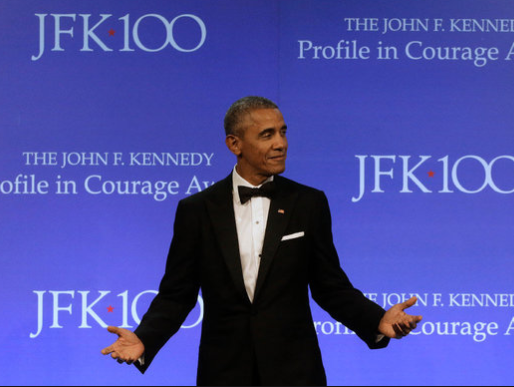 In his acceptance speech, Obama challenged lawmakers to put conscience ahead of party loyalty saying, ‘I hope that current members of Congress recall that it actually doesn’t take a lot of courage to aid those who are already powerful, already comfortable, already influential but it does require some courage to champion the vulnerable and the sick and the infirm’.

Obama received the Profile in Courage Award during a dinner at the John F. Kennedy Presidential Library and Museum. The annual award is named for a 1957 Pulitzer Prize-winning book by Kennedy that profiled eight U.S. senators who risked their careers by taking principled though unpopular positions. 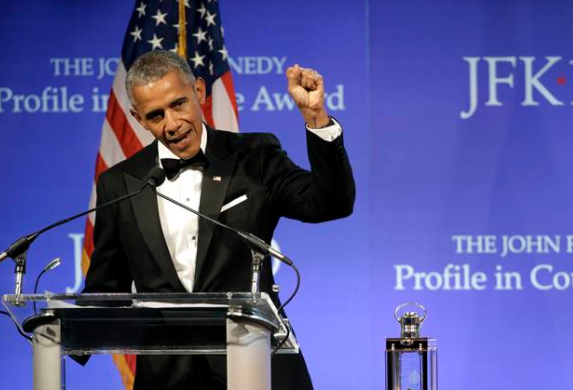