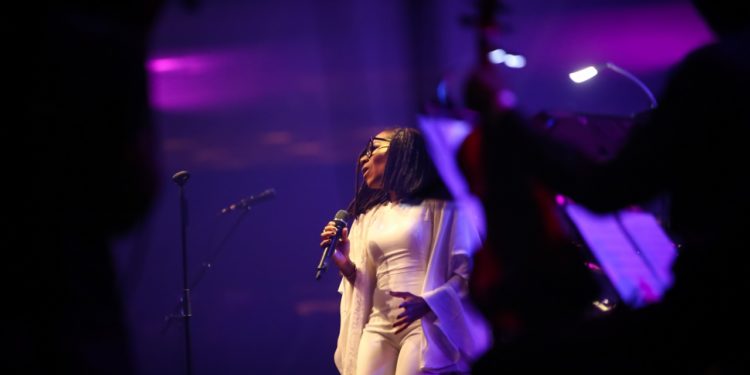 Her music is Asa.

Her soul is Asa.

Asa is that amazing bag of talents but with a goofy girl-next-door smile. She is supposed to be a celebrity but she has a way of making you the star of the night. You get up, sing along and for an hour or two, you are Asa.

Here are 10 of our favourite moments from last week’s Asa’s Live in Lagos Encore Concert.

And it wasn’t all about Asa…another reason we love her! The evening opened with beautiful renditions from the ‘The Voice Naija’ finalist Nonso, Omolara, Lindsey, Funbi and Aramide. Then Asa set the tone with a heartfelt delivery of her Yoruba laced folksong ‘Awe.’  The crowd went nuts and everyone began to sing along as social media went crazy with selfies and videos from the night. 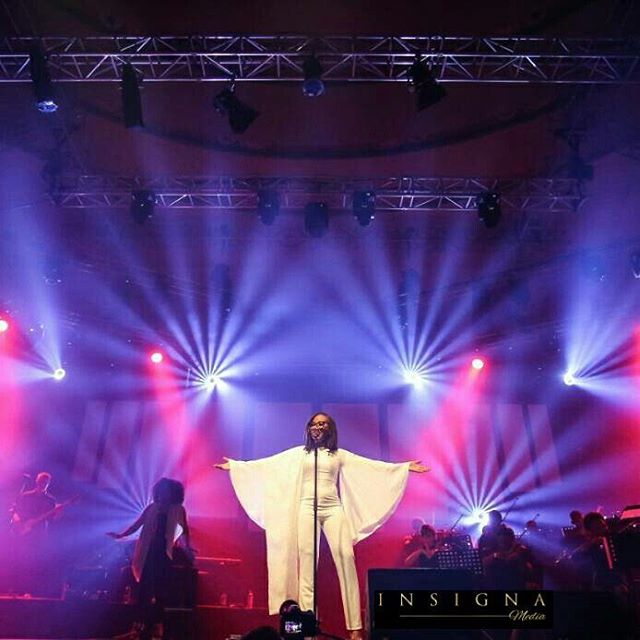 From the first song to the last, it was a free for all for those who could sing (in their heads) and those who could really sing. But in the end, it didn’t matter. Asa fed off the energy of the audience who sang like they were the object of attention at a karaoke bar. And yes, we know a lot of her songs by heart!

Asa came to sing and slay. Rocking her signature locs with a natural makeup done by Bimpe Onakoya, Asa was a 10/10 in all her four outfits by Maki Oh. Our favourite look has to be the white arm cape detailed figure hugging jumpsuit. As she lifted her hands gracefully, she transformed into an angel right before our eyes.

How many Nigerian artistes can play to a packed audience backed by a live orchestra? Just a handful. In fact, most musicians prefer to sing over their tracks or in some cases, simply lip sync. Not Asa. With a knack for delivering quality, the Lagos-based Vesta Violins Ensemble/Chamber Orchestra, a 30-member international ensemble based in Lagos played to perfection. We would definitely love to see more of them around.

All music and talk makes for a very safe and boring concert. Asa was full of stories about her experiences in the music industry in Nigeria and France. She did not keep all the shine on herself as she constantly praised her colleagues in the industry. She shared a story of how an Uber driver had told her he loved Davido when she said she was from Nigeria.

From the stories, came the jokes. Asa got people laughing and giggling to her jokes. She is funny without trying (too hard). That is Asa for you – the consummate performer who wants you to get extra value for your hard money spent.

Asa can sing, we all know that. But did you know she can play musical instruments? She played her miniature guitar and wait for it, the trumpet. When we say she is a bag of talents, we are not mincing our words.

But you can’t really blame us. We kept screaming, “More! We want more! Give us more.” And like a mother who can’t say no to her hungry newborn, she kept obliging and indulging us with her music, spirit and presence. We love you Asa…we really do!

Asa did not hold back in sharing the love she has for her teeming fans. She greeted and hugged as many people as she could as she walked around the hall. There was no bouncer or barricade stopping you from reaching out to her.

They just kept strewing down and nobody really cared about face beat and makeup on fleek. Tears of laughter and joy were found of many of our faces. What a night it was! One that would forever be etched in our memories.