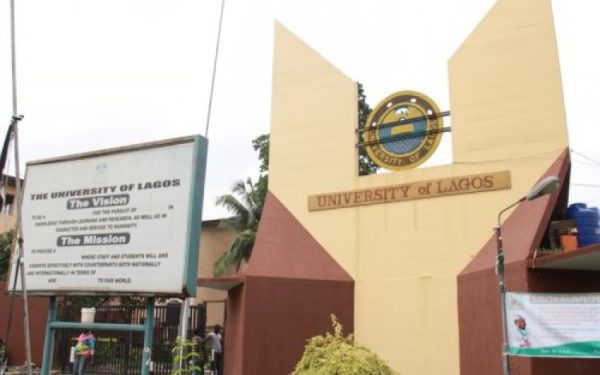 Ariyibi Ayomide, 100-level student of Employee Relations and Human Resources Management in University of Lagos has committed suicide after he was accused of stealing.

The management of the University of Lagos (UNILAG) has confirmed the death of Ayomide, who was said to have taken insecticide at home in a bid to kill herself after she was accused of stealing.

According to Punch reports, the institution’s Deputy Registrar, Toyin Adebule on Sunday said that the school will meet with her family.

“She died at home. There is a rumour that she was accused of stealing some things in the hostel. When we meet the family, we will know what exactly happened. But definitely, she is dead. Definitely, she committed suicide. I have gone to her hall and I have confirmed the incident. Our thoughts are with the family,” Adebule said.

The sad story was first shared on Facebook by one Ajani Damilola. He wrote:

“With a disheartening heart, we write to inform you of the Demise

? of Ariyibi Ayomide, a Student of Unilag, From the faculty of business administration in department of Employee Relations and Human Resources Management (ER & HRM), 100 Level.

An incident happened in her room (Amina Hostel) which involved the missing of belongings (which includes makeup and clothes) of another girl in d same room. On Thursday, some of the belongings of the fellow roommate was found in Ayomide’s bag (scattered in three different bags – make up in one of of her bag, clothes in another bag and clothes in another bag making 3 of Ayomide’s bag). As a result the roommates disgraced Ayo and called her many names (relating to a thief) and disgraced her publicly. Ayomide called her mum and her mum came down next day (Friday) to settle d issue. The makeup was valued at #2000 in which Her mum paid. After that, her mum told her to pack her bags and follow her home which she did but as she was going the room mates shouted on her and called her so many names.

Her mum took her home and went back to work (her mum is a unilag staff). Ayomide was d only one left at home when she took sniper (insecticide) in the afternoon. Her mum came back in the evening and saw her child in a critical state. So she asked what happened to her; Ayomide just stretched her hand to do bottle of d sniper she took. Immediately her mum gave her palm oil (epo in yoruba) but results were not forthcoming. So she rushed her to a medical centre at Ebute-metta, still results were not favourable, she was then taken to LUTH (Medilag). Ayo gave up in LUTH around after 7 yesterday (Friday).”