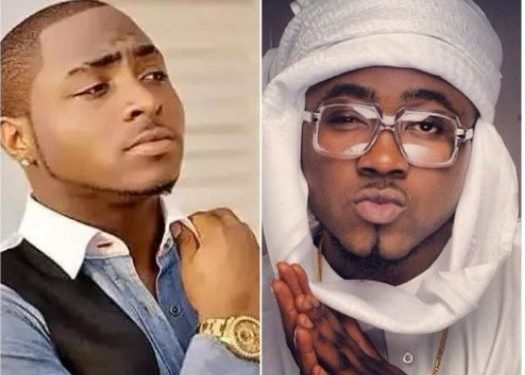 Over the weekend, social media went wild over the news of an alleged rift between Davido and Ice Prince at the Delta Alive concert organised by Quilox boss, Shina Peller. Read story HERE, if you missed it.

Rapper Ice Prince came out to denie the allegation, you can also read the story HERE.

Quilox boss has however spoke up about the issue. In a chat with Naijaloaded, Shina Peller, the event organiser narrated how it all went down.

According to him,
‘Ok here’s what really happened, my arrangement for the concert was to have a tour bus, so there was no time when anyone had a saloon car. It was a tour bus which everybody was in including myself, my artistes, Lil Kesh, CDQ and everyone just so we are all together to have fun but along the line i found out that Davido had some friends in Warri.’

‘Davido was in the same bus with us from the airport to the hotel, he used the same bus from the hotel to Quest FM where we went for an interview before the show. It was at Quest FM his friends came to pick him with a white G-Wagon, I don’t even know the owner of the G-Wagon. So he was in his friend’s G-Wagon from the radio station to the event venue so it wasn’t an issue at all’.’

He was also asked about the issue of performance hierarchy that we learnt got Ice Prince angry because he Performed before Lil Kesh and he said, ‘now let me shock you, my artiste ‘Base One’ even performed after Lil kesh, so there was no superiority or hierarchy involved, I just wanted it to be a random event flow.

The event even had two of my waiters at Quilox that sings I got them to perform at the show and we’ll still do 3 more of the event before the year runs out’.

He also commented on the issue of both artiste leaving delta State airport in different lounges because of the beef, ‘when we were coming back to Lagos, It was Ice Prince that got to be at the VIP lounge, myself, Davido, Lil Kesh and others where outside in a shed with just a standing fan. really it’s all one family everything is resolved now.

The only thing that got Davido upset is the fact that he felt Ice Prince was being disrespectful to me not even to him because even Davido didn’t complain about any of the logistics issue it was Ice Prince that complained a little that’s all’.

I Am Nothing Without The Baptist Church ...