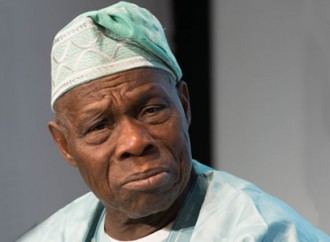 Former President Olusegun Obasanjo has said that former President Goodluck Jonathan from his first days as President showed he was too small for the office, saying he, Obasanjo, acted more as an opponent of Jonathan than a supporter of Muhammadu Buhari ahead of the 2015 presidential poll.

OBJ said Jonathan deceived him that he would not give Mrs. Diezani Allison-Madueke the petroleum portfolio in his cabinet was deceived into believing that he could use money to buy the 2015 presidential election.

Obasanjo in the book, Against the Run of Play: How an Incumbent President was defeated in Nigeria, written by former presidential spokesman, Segun Adeniyi, also revealed that Jonathan was gripped by the fear that Buhari, as president, would jail him or lead him to an early grave.

In the 204-page book, former President Jonathan is himself quoted as saying he could not be held accountable for provocative remarks made by some of his supporters, even as former Senate President, David Mark, is also quoted in the book as alleging that he forewarned the former president about the alleged conspiracy against him in the north but to no avail.