It looks like Arsenal and Super Eagles star, Alex Iwobi has broken up with Clarisse Juliette 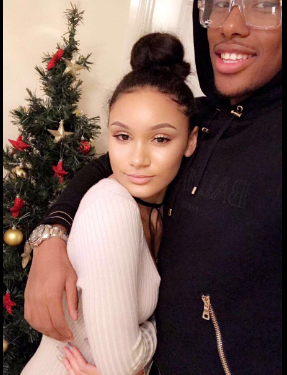 They are young and they were in love

Alex Iwobi 20, has been dating Clarisse 19 before fame, he has missed about 4 matches for Arsenal and often time seemed gloomy. He has come under fire for not celebrating their 2 wins, but we have an answer to that, seems like the young star is suffering from heart break.

There has been several cryptic post from the 2 love birds insinuating a break up.

Iwobi is in some deep shit ATM is seems pic.twitter.com/vqMQukrp08

Wanting someone down to earth but they want the sky ?

Iwobi broke up with his gf LOOOOOL

She has since replied all the cryptic snap shot with Kendrick Lamar’s new hit, Be humble, sit down. Well we have got our eyes on them, we will be bringing up latest information on these 2…..