Victor Moses Included in BBC Team of the Week 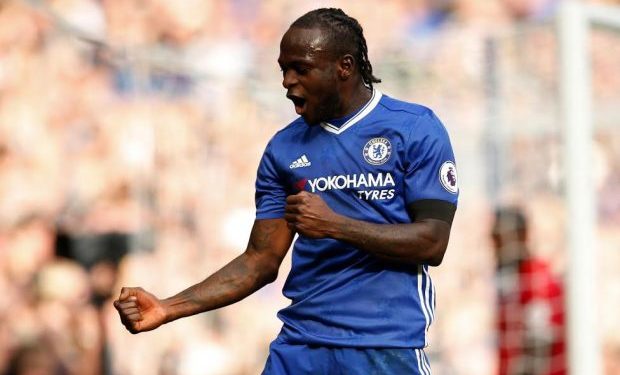 Nigeria and Chelsea striker, Victor Moses, and three other Blues players were listed in the BBC Team of the Week released on Tuesday.

The Super Eagles winger’s career was revived with the arrival of Italian Antonio Conte. He was included in the team of the week following his stellar performance for Chelsea last weekend after his contribution led to the 4-2 defeat of Tottenham Hotspur in the FA Cup semi-finals.

Moses featured in the game for 90 minutes, putting in a man of the match performance, including winning the vital penalty that helped Chelsea go into the half time break leading 2-1.
His performances under Conte has made him a regular in the team after years of being out on loan from the club during the coaching spells under a number of other coaches.