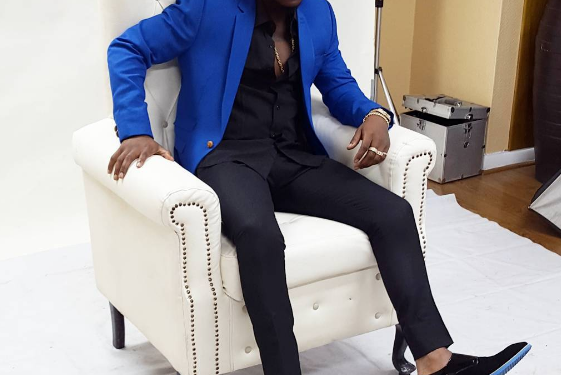 Davido has announced via his Snapchat that he has pulled off Osogbo, a city in Osun State from his 8-city ‘Back To Basics 2017 ‘ Tour .

The singer decided to pull out the state from his tour, following the death of his uncle, Senator Isiaka Adeleke.

He announced about a week ago via social media that he was going to be embarking on a National tour that was to cover 8 cities namely Lagos, Ibadan, Osogbo, Benin, Abuja, Enugu, Port Harcourt, and Ilorin.

”Osun will never be the same again. Smh

Cancelling Osun from my tour, I can’t do it”  he wrote. 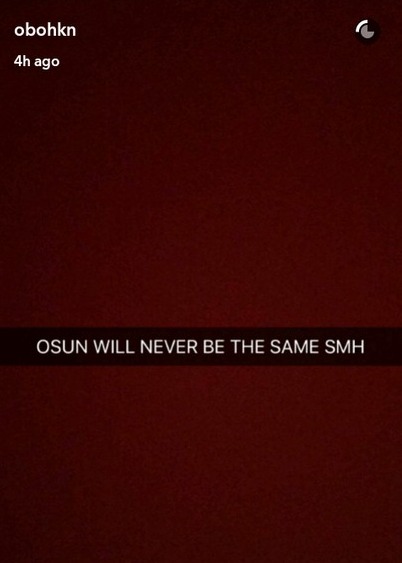 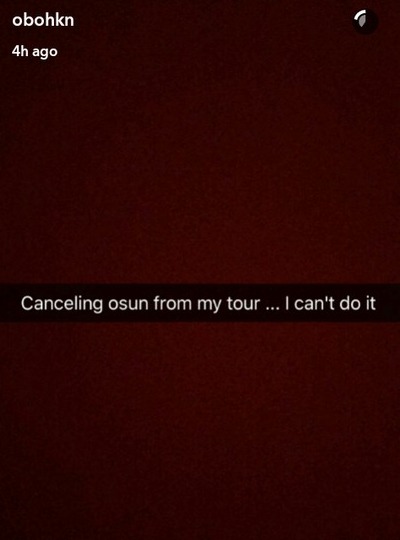