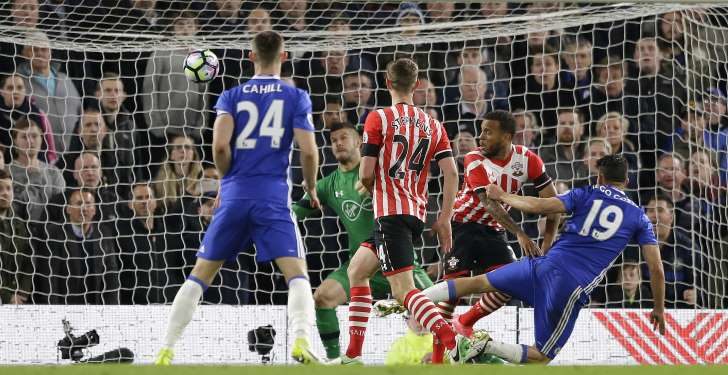 Costa was beautifully involved as early as the fifth minute at Stamford Bridge when assisted Eden Hazard‘s opener.

The striker’s 50th Premier League goal was a header from Cesc Fabregas’ cross and his next goal was the culmination of a mazy run through the defense that saw him exchange passes with Hazard and Pedro Rodriguez.

Both Southampton goals came from former Chelsea players, with Oriol Romeu and Ryan Bertrand making it 12 league games since Conte’s side kept a clean sheet.

The London club is now 7 points ahead of second placed Tottenham, who is facing Crystal Palace in their next game.