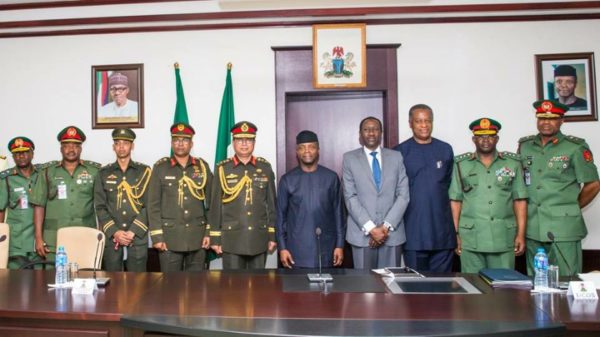 Belal Muhammad also visited the vice president, Yemi Osinbajo at the Presidential Villa in Abuja, according to a statement confirmed by the Senior Special Assistant on Media and Publicity, to the Vice-President, Laolu Akande.

On the Nigeria-Bangladesh relations, the Vice-President said improved cooperation between the Bangladeshi and Nigerian military would go a long way in curbing threats posed by terrorist groups within and around borders of the two countries. He added that Nigeria looked forward to cooperating with the Bangladeshi government across different fronts including defense and the economy. 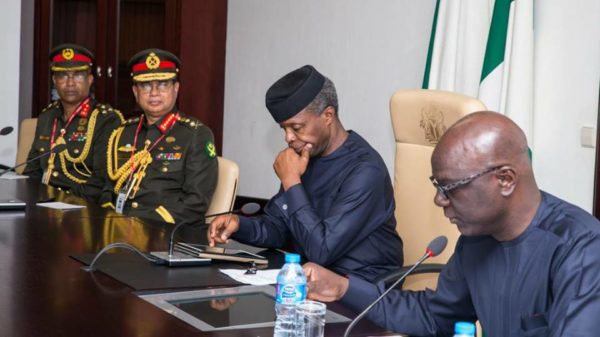 The Vice-President also hoped for collaboration in some other respect like with the Bangladesh Ordinance Factory, saying, ‘we also have an ordinance factory here at DICON which we are hoping to do a lot with very soon. We hope that there might be ways that we could cooperate especially in the manufacture of ordinances, arms generally and other forms of weaponry’.