Queen’s College given approval to reopen 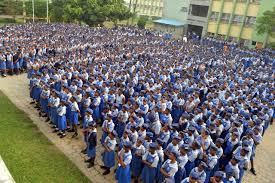 Queen’s college has been been given approval to reopen sequel to a recent diarrhoea outbreak in the school had led to the deaths of 2 students and hospitalization of many.

A release signed by Adeola Salako on behalf of the commissioner for health, Jide Idris, noted that the lapses which resulted in the diarrhoea outbreak had been corrected by instituting various control measures.

Idris said the control measures include the “decommissioning of the multiple contaminated water sources, deployment of a single water source with water treatment, renovation of the dining hall, decontamination of the hostels, overhauling of the sewage system and clearance of the septic tanks”.

“I am delighted to inform you that, based on the results of the analysis of the latest water samples collected on Tuesday, April 11, 2017, all water delivery points have been certified to conform to official specifications and I hereby recommend to the school authority resumption of students of Queens College, Yaba, Lagos,” he said.

Kim Kardashian is not here for the ...