A photo of Rihanna and Lupita Nyong’o has sparked a film idea on Twitter and they have both taken to the social media declared interest in making it a reality. 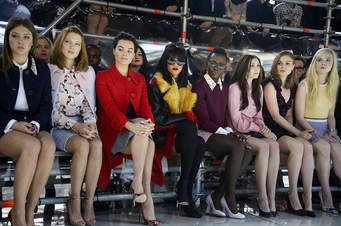 It all started when a twitter used perfectly captioned a photo of the pop star and the Oscar winning actress at the recently concluded Paris Fashion Week.

This got all of fans drooling over the thought of the reality. Even HBO On Time short film director Xavier Burgin took the whole idea to another level and he went as far as titling the movie Dusk In California: A Film.

Lupita caught wind of the story and says she’s down for the concept if Rihanna is.

Quickly fans began to bring Ava DuVernay and Issa Rae into the picture, hoping that this amazing idea will one day become Oscar-winning gold. 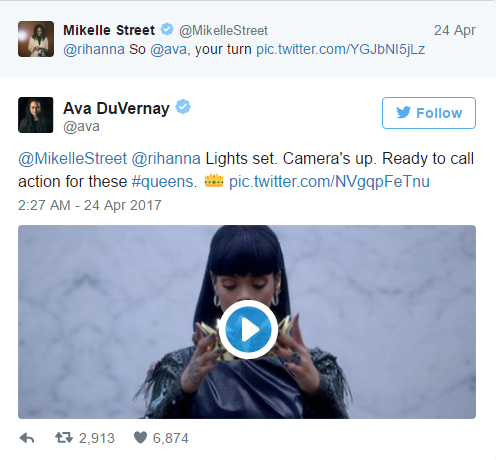 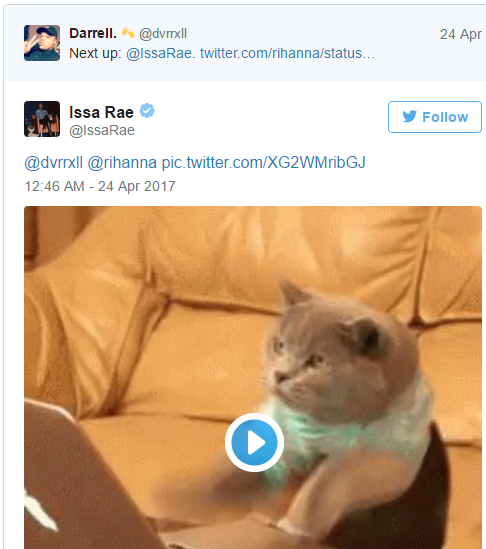 Well Rihanna didn’t disappoint, she is in! 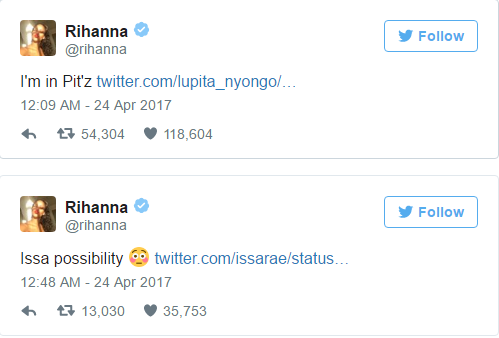 As for Dusk In California: A Film, we are all dying to see this on the big screen with Rihanna and Lupita. Hopefully, the stars will align to see it through.

Kim Kardashian is not here for the ...