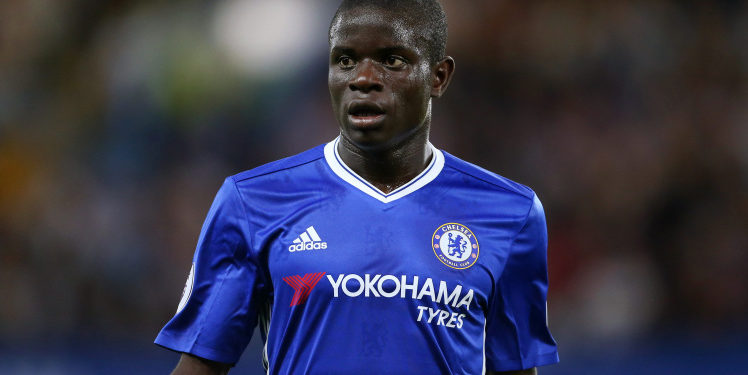 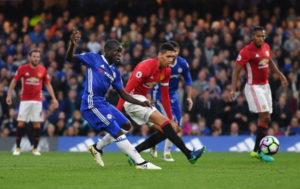 The Frenchman, who is on course to win a second successive Premier League title after also being part of the Leicester side which upset the odds last season, secured the most votes from his fellow players.

Kante said: “To be chosen by the players to be player of the year means a lot to me.

“It means the world to be chosen and it’s been two beautiful seasons, one with Leicester, and we are in good form with Chelsea. To be player of the year, it’s a great honour.”

On his move from Leicester to Stamford Bridge, Kante continued: “It’s a different type of playing, but with the manager, with the players, everything is easy, because we work a lot to be good in the games. It’s working very well.”

Asked about the influence of boss Antonio Conte, the former Boulogne and Caen player said: “He knows what he wants from the players.

“He wants to win, and we work very, very, very hard in training for him. He put a winning mentality into the squad, and everyone wants to give their best for the team, and to make Chelsea win titles.”The Blues are four points clear at the top of the Premier League and Paris-born Kante added: “We have to fight for six more games.

“We’re going to fight like a final for every game, and hopefully we can win the league at the end of the season.”

Chelsea will also face Arsenal in the FA Cup final at Wembley on May 27 and, on talk of a double, he said: “We’re going to fight for both competitions.

“The cup is just one game, and the league six games, and we’re going to give our best to win these two competitions.”

On the PFA’s contribution, the 26-year-old said: “It’s important because when we want to improve football, to concern everyone, it’s good to have unity, and to think together.

Former England captain David Beckham received the PFA’s Merit award for his contribution to the game during the ceremony at the Grosvenor Hotel in London on Sunday, reports Sun Spo