Ese Eriata has a message for the people who doubted her

Ese, is the popular fake housemate of Big Brother Naija, she did her job so good. But guess she is taking her time to weigh in on her successes and passing a message to the haters.

Is there something with Benin and fame, because Cynthia Morgan also returned to Benin through Star Trek. She recounted all her friends told her she would never make it. 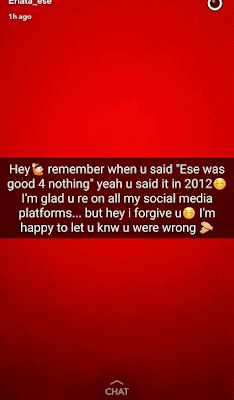 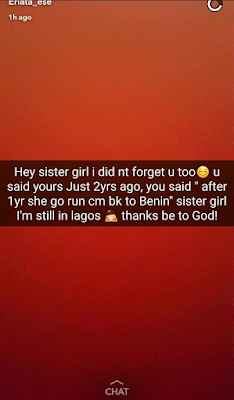 Its nothing in particular, its just called letting go.

A beautiful marriage is designed in heaven ...