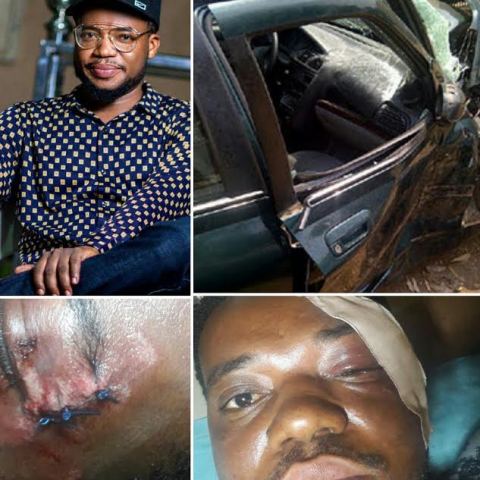 Fans of the actor and his colleagues have since been praying for his speedy recovery.
Eyewitness said Ayo Olaiya, was returning from a movie shoot location before the unfortunate incident happened.

Ayo Olaiya has featured in many movies including “Jemiriye” “Seven Days”, “One Cast” amongst many others, and has starred alongside top-rated actors and actresses in several movies.