OtodoGbame: We Only Went To Pack Debris – Lagos State Government 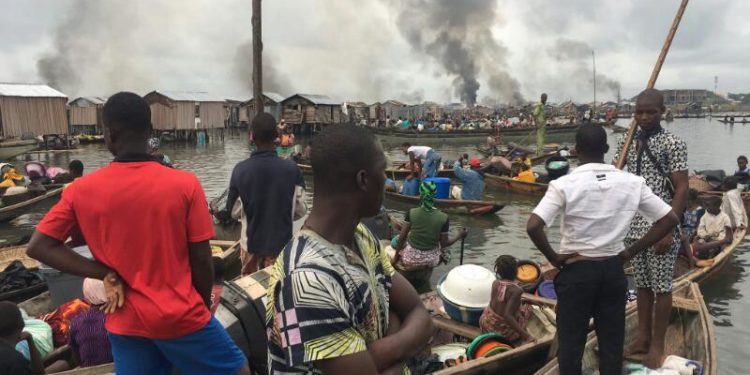 Lagos State Government has today (Wednesday 12th April) denied the claim that it’s carrying out a further demolition on the waterfront community, OtodoGbame.

According to Premium Times, the counsel to the state government, S. Quadri, told a Lagos High Court that the state did not pull out of the mediation but that the residents were making impossible demands.

“We appeared before the mediation, but they are asking the government to build houses for them, over 300 people,” Mr. Quadri told Justice S.A Onigbangbo.

“The government never made any offer to the people that were displaced, how do we relocate them, they should not just come anywhere they see and settle. If they want to settle in Lagos, they should come with their money and buy land to settle.”

The court had earlier struck out contempt proceedings instituted by the Otodogbame community against Governor Akinwunmi Ambode stating that it lacked jurisdiction to try the governor because of the immunity he enjoys.

The court, however, condemned the alleged action of the governor.

“If the governor had truly ordered the forceful eviction and demolition of the second applicant, he undermined the principles of the rule of law and the same process which put him in office in the first place,” the judge said.

New Video- To Self By Eva Alordiah