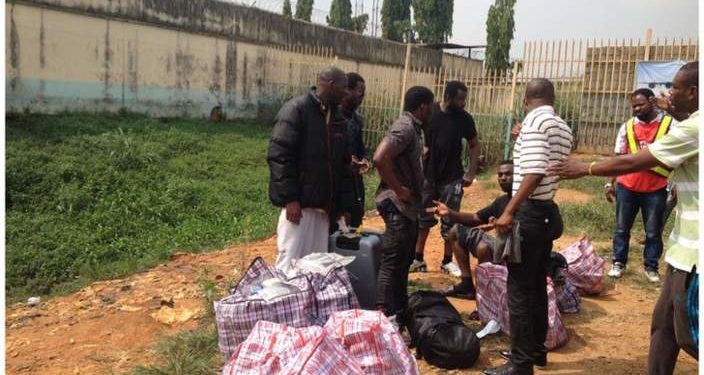 68 persons have been deported by the trio of Ghana, Mali and Burkina Faso, this was confirmed by the Acting Director General, National Agency for the Prohibition of Traffic in Persons (NAPTIP), Mr Abdulrazak Dangiri today (Wednesday 12th April).

He said, 37 were deported from Mali, 25 from Burkina Faso and six from Ghana according to him, the victims were arrested by police in the three countries, handed over to Nigerian embassies and subsequently transported back home.

He disclosed that among those arrested in Mali were four suspected human traffickers.

“The four suspected traffickers from Mali are still under investigation to ascertain their level of involvement before charging them to court” he said.

The acting DG said that the rescued victims would be counselled and rehabilitated by NAPTIP before handing them over to their relations.