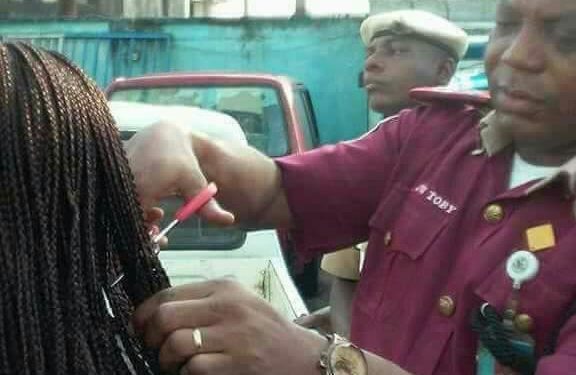 Public outrage has trailed the road commander who cut the hair of his junior female colleagues, after which his acts which was captured on camera has gone viral.

However recent report has it that FRSC has suspended the actor.

According to report, FRSC boss, Boboye Oyeyemi, has ordered the immediate suspension of the commander and others “till the conclusion of investigation”. 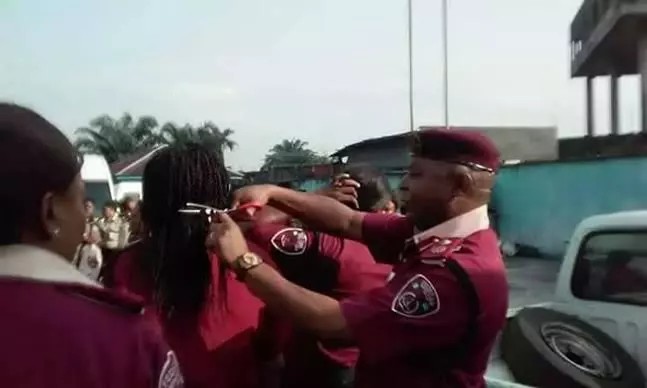 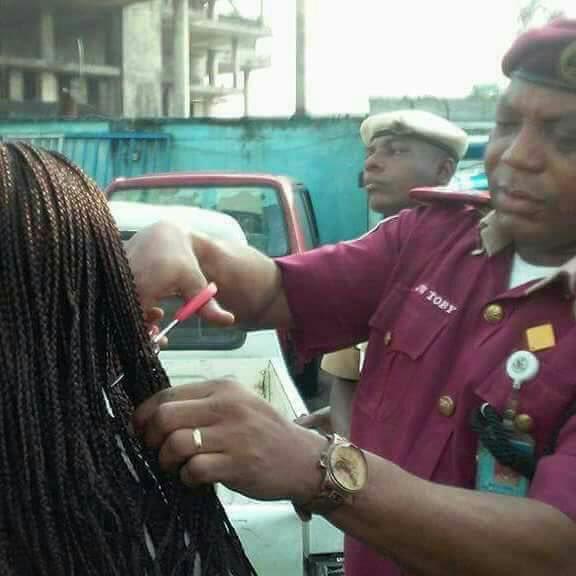 The photos, which emerged on Monday, April 10, 2017, show Andrew Kumapayi, the sector commander of the Rivers State Command of the FRSC, using a pair of scissors to crudely cut off the hair of some of his female corps members.

Chris Brown will do anything to keep ...