The wife of British celebrity footballer and a former member of Spice Girl has humbly assessed her contribution to the (Spice Girl) band. 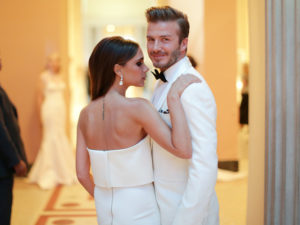 The singer-turned-fashion designer has admitted she doesn’t think she was the most talented member.

As Posh covered the May issue of Elle magazine UK, she said: “Being in the Spice Girls was so much fun, but I was never the best singer or dancer.

“I learned an enormous amount during that time, though: the staging, the lighting, the costumes – the package excited me.”

Despite her insistence she enjoyed her Spice Girls days, it was recently claimed she was attempting to block her bandmates from performing their old hits if they were to reform without her and Mel C.