DMW’s boss Davido on the heel of babymama scandal has now landed in a fresh one. The singer who purchased a Mercedes-Benz GLE 450 earlier this year allegedly issued a dud cheque to the car dealer, Mr. Anekwu Chika, Sahara Reporters says.

A Dud cheque is a useless cheque that cannot be paid because the person who wrote it does not have enough/any money in their bank account.

Documents obtained by the online new media shows that the car dealer, obtained cheques of N10 million and N1.4 million respectively from Davido, but the second, which was supposed to settle part of a N7.4 million debt was not paid by Zenith Bank.

It was gathered that the dealer, has already contacted a law firm in Lagos, W.K Shittu and Co. to help him collect his money from Davido.

This is Davido’s second scandal in 2017, after the news of his alleged baby mama, Labinjo Ayotomide 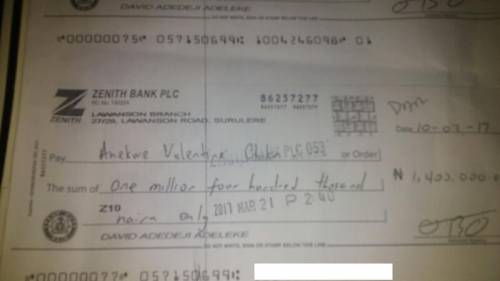 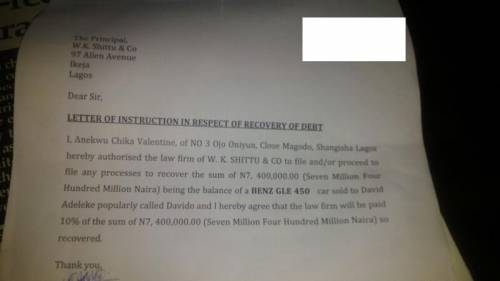