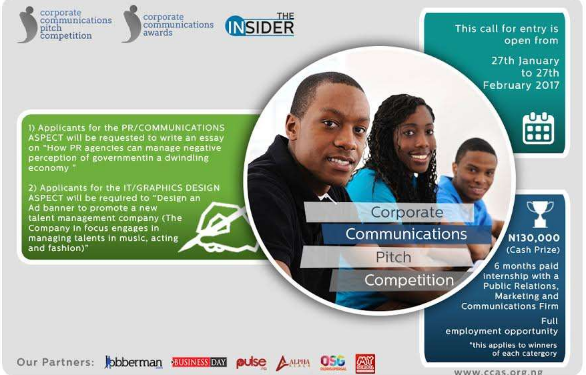 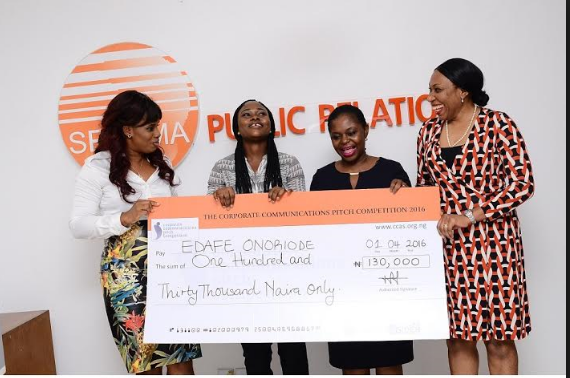 Sesema PR, a leading Lagos-based Public Relations and Marketing Communications firm has announced the winners of the 2017 edition of its Corporate Communications Pitch Competition (CCPC), which held on Saturday April 1st at the Lagos Oriental Hotel.

Stephen Aghalu, a graduate of the University of Benin emerged winner for the PR aspect of the competition while Oghenemine Deniran also a graduate from the University of Benin was named winner for the IT/Graphics aspect of the competition. Both winners were awarded 6-months paid internship at Sesema Public relations as well as one hundred and thirty thousand naira (N130, 000) Cash price each.

“After a successful first edition, the response for this year’s competition was high and it was a tough process selecting our finalists as the quality of entries was impressive. We are happy this event was a huge success and even happier about the quality of talents we have identified through this competition. Sesema PR will continue to develop programs like this to encourage and motivate young individuals interested in starting their career in Public Relations”

The winners of the competition Stephen Aghalu and Oghenemine Deniran thanked Sesema PR for giving them a platform to prove themselves and were very excited for the opportunity to get on board the Sesema team. ‘’We have learnt a lot from the entire pitch process’’, they said.

PR applicants were required to write an essay on how ‘Public relations agencies can manage perception of a government in a dwindling economy” while the IT/Graphics design applicants were required to design an ad banner. A total of nine contestants were selected from this stage and given a Public relations brief to respond to where the final winners were selected.”

The CCPC is one of Sesema PR’s youth initiative which is in conjunction with the Alima Atta empowerment fund. The Corporate Communications Pitch Competition is aimed at identifying young and bright communications graduate thus availing them a platform to kick start their career.