Nigerians react to Tboss inability to recite the National Anthem 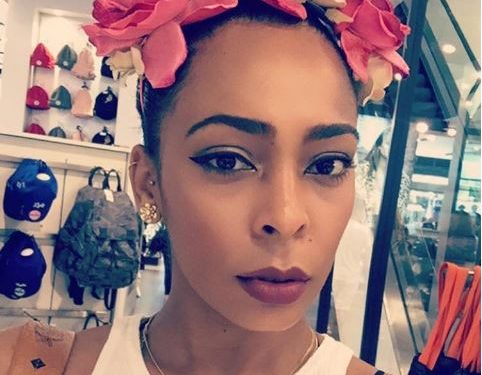 It is the last week in the Big Brother’s house and last night, housemates were joking around when Tboss was innocently asked by Debbie Rise to recite the National Anthem.
She could not recite it and instantly National Anthem became a trending topic in Nigeria. Trust Nigerians to react to this.

Tboss ended up blaming Debbie Rise for her inability to recite the national anthem.

If you cannot recite your country’s national anthem, that’s fine…but you do not deserve to represent your country anywhere.

Debbie is right. A national anthem is sumthng basic for everyone. How was Debbie supposed to guess that TBoss dsnt know it?? ????? #BBNaija

Can you see the pattern? TBoss is never wrong. She can’t sing the national anthem and somehow Debie Rise is to blame ? yeye #BBNaija

Throwing the F word around unto say she was asked to sing National Anthem and couldn’t ?
Shouting and weeping at Debbie for askin her 2do it

Watch the video of Tboss fumbling with the National Anthem

Pepsi Apologizes For Their Controversial Advert