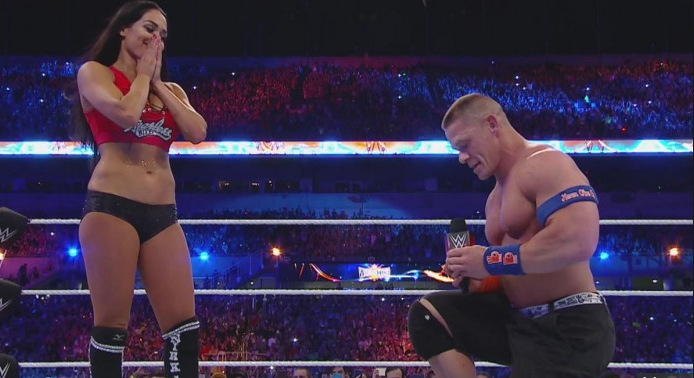 The WWE legend propose to Nikki after him and his girlfriend defeated their rivals, The Miz and Maryse who are also married couple in a tag team match.

Cena got down on one knee and popped the “will you marry me” question in front of thousands of fans.

He divorced his first wife, Elizabeth Huberdeau, in 2012 after which he started seeing Nikki. He has previously spoken about being reluctant to get married again or have kids.