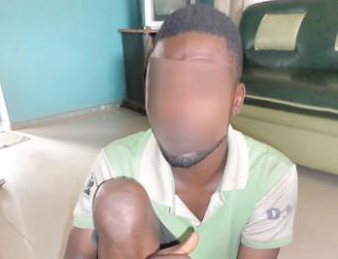 A 12-year-old boy, identified as Aminu, has died after he was allegedly sexually abused by one Abubakar, a tea seller in Ngwayanma, in the Kontagora area of Niger State.

A neighbour raised the alarm and reported the case to the police at the Kontagora division.

Abubakar was arrested, but the boy later died in the hospital he was admitted.

A resident told the Punch that “The boy’s parents suddenly discovered that he was missing and asked for his whereabouts from his friends, who denied knowledge of his whereabouts. Afterwards, a case of abduction was reported to the police. That was early March.

“A man alerted us two weeks later that he saw Aminu with Maishai (Abubakar). The suspect initially denied that the boy was in his custody. The boy was later found in his apartment in a critical condition. He looked tired and pale. Maishai confessed he had sex with him several times.

“The police were called to arrest him and Aminu was rushed to a hospital. He eventually died last week. The parents do not want to talk about the incident for now; they are devastated.”

He added that the suspect would be re-arraigned on a fresh charge of culpable homicide.

He said, “Our legal team is reviewing the sentence. When the suspect was charged to court, the boy was not dead. So, he was charged with abduction and unnatural offences.

“He and the boy, aged 12, lived within the same vicinity.

“He abducted him for two weeks and abused him during the period.

“Now that the boy is dead, we have a liberty to charge him with culpable homicide. That will be an additional charge.

“He is still in prison, serving the one month’s imprisonment. Once the new charge is filed, he would be reproduced to take his plea.”

Chika Ike talks on the Importance of ...