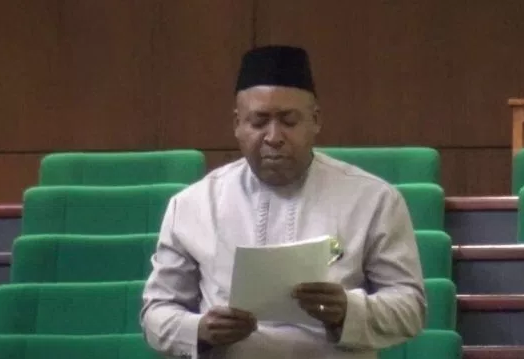 Federal High Court in Uyo has ordered that Nse Bassey Ekpenyong, the legislator representing Oron Federal Constituency in Akwa- Ibom State at the House of Representatives to be remanded in prison.

Economic and Financial Crimes Commission (EFCC), on Thursday arraigned the lawmaker before Justice Ijeoma Ojukwu, on a 9-count charge of forgery and alteration of documents.

According to News Agency of Nigeria (NAN), Ekpenyong was alleged to have forged an Abia State Polytechnic Ordinary National Diploma (OND) Certificate and uttered a December 1999 West African Senior School Certificate and thereby committed perjury before an Electoral Tribunal where he claimed that the certificates were genuine.

The defendant pleaded not guilty to the charges when they were read to him.

In view of his plea, prosecution counsels Ahmed I. Arogha and S. Hussaini asked for a trial date and accelerated hearing of the matter.

However, counsel to the defendant, Emmanuel Isangidoho, told the court that he had filed an application for bail for his client and urged the court to admit him to bail.

Justice Ojukwu granted the defendant bail in the sum of N10, 000,000.00 (Ten million Naira) with one surety in like sum.

Justice Ojukwu also ordered the defendant to be remanded in prison custody pending the perfection of his bail.
The case has been adjourned to April 12, 26 and May 3, 4, 2017 for trial.