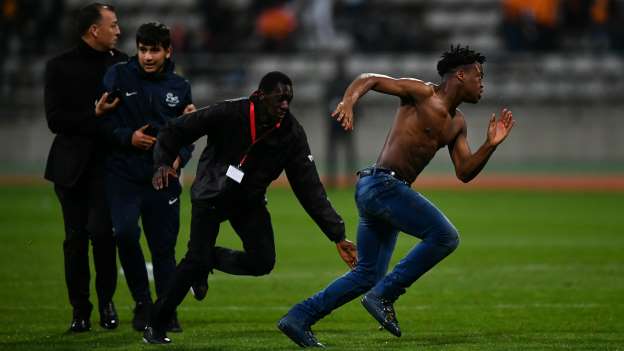 The friendly match between Ivory-Coast and Senegal was yesterday abandoned at  the 88th minute. Angry Fans at the Stade Sebastien Charlety in Paris, invaded the pitch bring the game to an abrupt end.

As pictured in the photo above, an angry had forcefully confronted Senegal player Lamine Gassama.

The referee asked the players to return to the changing rooms and the game was officially abandoned at a one all scoreline.