Our Marriage Is Over -Patoranking Boss’ Wife Announces Separation

Foston Utomi‘s marriage to wife may have well ended a year after, following Ajoke‘s recent announcement “Our marriage is over”

A few weeks ago, the Patoranking’s record label boss was in the news for the wrong reasons after his wife, Ajoke, accused him of domestic violence.

Ajoke shared some photos of her bruises and scars on her Instagram page alongside a lengthy note capturing her travails.

She wrote, “You beat me nothing less than 20 times in three years and attempted to murder me three times and you think you will know peace?’’ 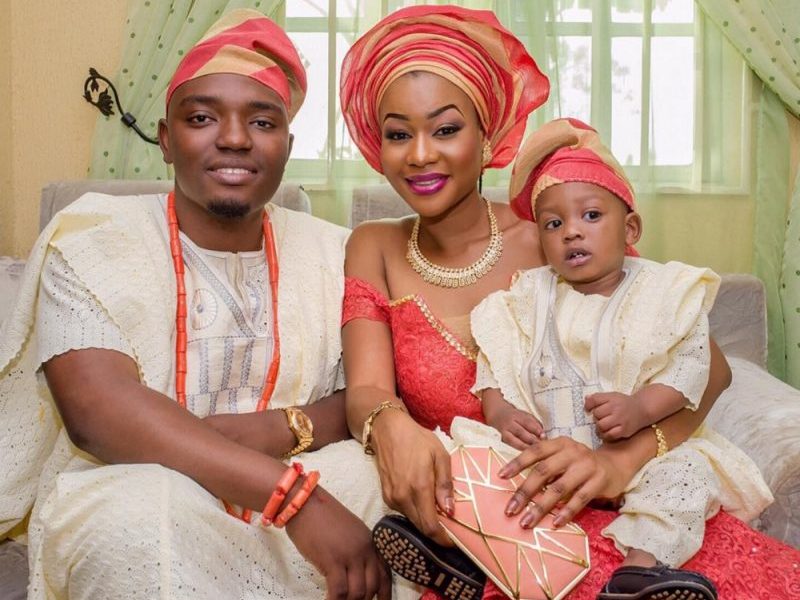 The mother-of-one revealed how she was physically abused after they got married and how during a particular episode she was beaten to a point where she was nearly killed. She also shared evidence of the abuse.

The couple’s one-year anniversary was on Sunday and Ajoke once again took to her Instagram page sharing photos from their wedding day, and also confirmed that their marriage was over.

“This time last year you were full of smiles, laughing and dancing like I’ve never seen you. You were HAPPY. And you made sure I had a perfect day. I didn’t get my happiness ever after, and yes you did awful unimaginable things to me, but knowing God has a plan for me or he wouldn’t have counted me worthy of even seeing today, makes me choose to only count all the beautiful times you went out of your way just to make me laugh and make me happy.
“Today I was staring at our amazing son while he slept, I forgave you and I prayed for you for the first time in all these months, that you conquer your demons and find peace and happiness and I genuinely this morning, wished you a great life. Our marriage is over, and it’s for the best, but today will always hold fond memories for me.”

Foston, who is the CEO of Foston Musik, is yet to respond to the allegations.
The couple had their introduction in December 2015 and wedded on March 26, 2016.