The Nollywood actress best known for baring her boobs at every chances, has been kinda relevant much recently, at least on the pages of social media, notably Instagram.

Cossy opened a thread around last week on the topic she titled “The Ungrateful Delillah“, in which the actress bared not her boobs this time, but how she connects some certain actresses in the Nigerian Movie industry to big-spending men, including pastors. 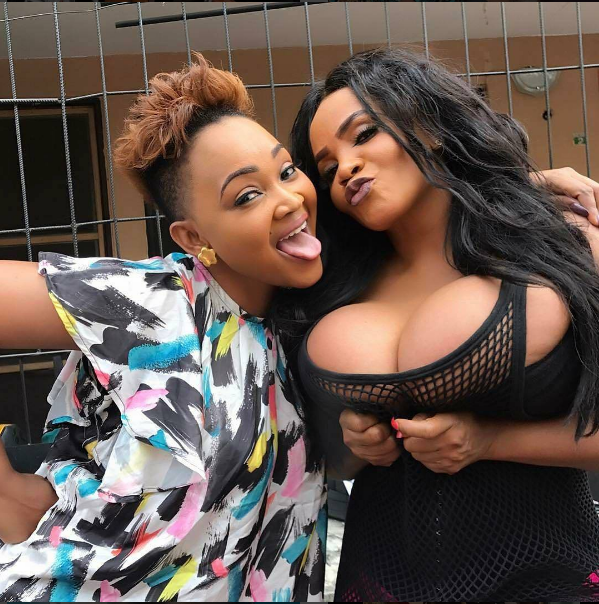 Meanwhile in a chat with Potpourri, the actress refused to mention names but affirmed that all the gossips she had been sharing on her Instagram handle were true life stories, concerning her and some actresses, and promised that a book would soon be released to confirm the authenticity of the stories.

“I am only after people who hurt my reputation. They have talked bad about me already. They believe I am bad, so, I am showing them how bad I can be. Other people are involved, in fact, plenty. I have revealed a bit but the rest they can read in my book,” she quipped.

Cossy started her mysterious epistle with how she introduced an actress she labelled ‘Delilah’ to ‘Mr’ who promised to buy her a Range Rover SUV. According to her, the Delilah stabbed her in the back by turning ‘Mr ‘ against her and instead of having the Range she was promised, it was Delilah that ended up with a Range and a house, courtesy of ‘Mr’.

She also told of how another actress, labelled Lovina betrayed her after introducing her to ‘Mr’. In her Instagram post, Cossy described Lovina as a Yoruba actress, calling her a bitch with an angelic fac

What Went Down At The Premiere of ...