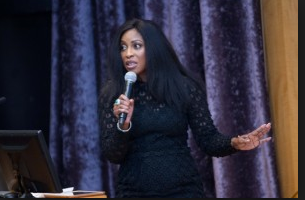 Mosunmola Abudu, also known as Mo Abudu, will take her turn as the guest on the Glo-sponsored CNN African Voices this week.

The 30-minute magazine programme is sponsored by Globacom, and is aired on the Cable News Network on Fridays at 10.30 a.m.

Joining her on the programme as second guest is Siba Mtongana, a South African celebrity chef and host of the Food Network show “Siba’s Table”. She is currently a judge on “Chopped South Africa”, a hugely popular cooking competition in South Africa.

CNN referred to the two celebrities as successful women driven by “perseverance, passion, and positivity”. The media organisation said Mo Abudu would take viewers “behind the scenes of her empire to see how she creates content that has audiences in Africa and abroad clamour for more”.

Daniella Okeke Is Slaying Against All Odds