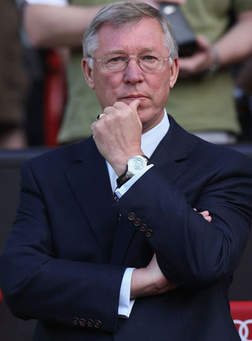 SAF who won 38 titles in 27 years at Old Trafford, highlighted the importance of the Europa League to  United.

Manchester United will face Anderlecht in a quarter-final Europa League game in April. They are guaranteed a spot in champions league next season, if they win the Europa title.

“The thing is, we’ve never won the Europa League,” Ferguson told ESPN FC. “We’ve never won the UEFA Cup, what it used to be. And we’ve got a great draw. I’m not saying it’s a certainty, but they’ve got a great chance. “It gets you into the Champions League, too. It didn’t used to but it does now, and so that’s a great incentive. And there’s no Sevilla in it, so that’s good.” Ferguson said.