Ivy league school Harvard University has reportedly dismissed a claim by Senator Dino Melaye that he was once a student of the institution, according to Sahara Reporters.

The report claims the claim was dismissed as false by the Registrar’s Office after an official did some cross-checking. 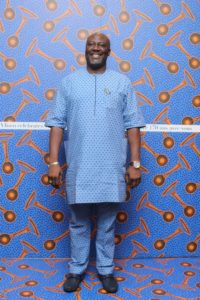 The Kogi West Senator had allegedly stated in interviews that he was a Harvard university graduate.

In November 2016, Melaye attended a one-week leadership at the Harvard Kennedy School of Educational Leadership.

However an official who was asked if the seminar qualified as an academic achievement, said, “No”, adding that it also doesn’t qualify anyone to become a Harvard alumnus.

Melaye is currently trapped in a certificate scandal as to whether he graduated from the Department of Geography of the Ahmadu Bello University, Zaria.

Following a motion at plenary on Tuesday by Senator Ali Ndume, the Senate said it will investigate the claim.

My journey: From American Footballer to Global ...