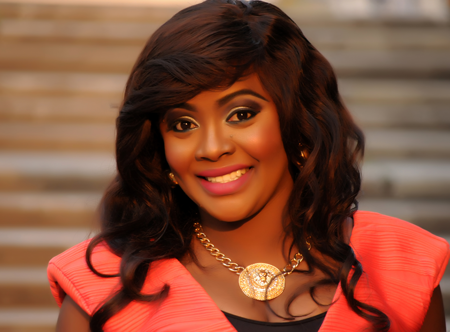 Versatile female entertainer, Helen Paul, has been announced as the new ‘Face of the Telecom Consumer’ by the Nigerian Communications Commission.

The comedienne signed a contract to this effect on Wednesday at the commission’s head office in Abuja.

Her appointment comes a week after Kannywood actor, Ali Nuhu, was also named the face of the Nigerian Telecom Consumer Campaign, which kicked off Wednesday in Abuja.

A statement from the NCC made available to PREMIUM TIMES reads that “Following their appointments, Ali and Helen will now feature in handbills, flyers, banners, posters, TV appearances, radio jingles, as well as on memorabilia and other iconography materials designed by the Commission for its series of activities scheduled to sensitise and celebrate the telecom consumers as the most central stakeholders of the telecommunications industry in Nigeria.”