Reporting from Lagos, the programme accompanies Fregz through the city as he outlines his career path and the expanding culinary scene in Nigeria’s capital.

Explaining what growth in Lagos means for the country Fregz tells ‘African Voices’: “Lagos is becoming a big culinary hub in Nigeria and it’s awesome. I’m happy to be a part of it… To describe the culinary scene in Nigeria right now, it’s bubbling.” 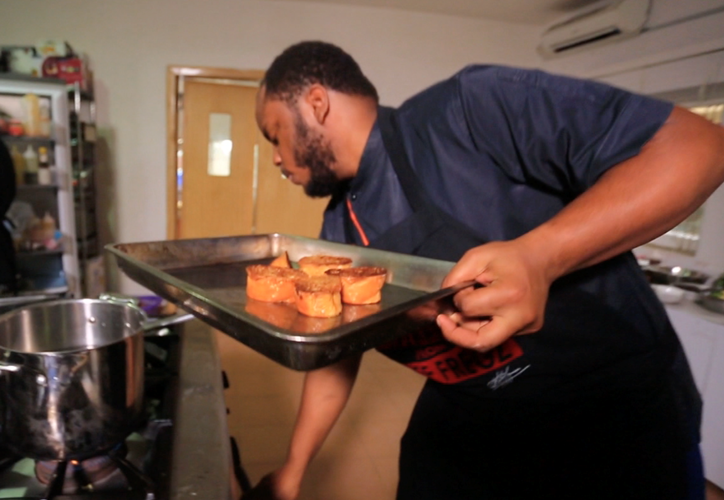 ‘African Voices’ hears how Fregz has been creating a traditional and western fusion cuisine in his restaurant in Lagos, which is fundamentally influenced by his Nigerian upbringing.

Fregz tells the programme: “My biggest inspirations when it comes to food, and why I’m a chef today is ultimately my mum and my aunt Rosaline. Growing up we didn’t have much, we didn’t have any luxuries in life, but we had good food… So, I was very inspired to always cook and have good food around me, because it seemed to be such a good time.” 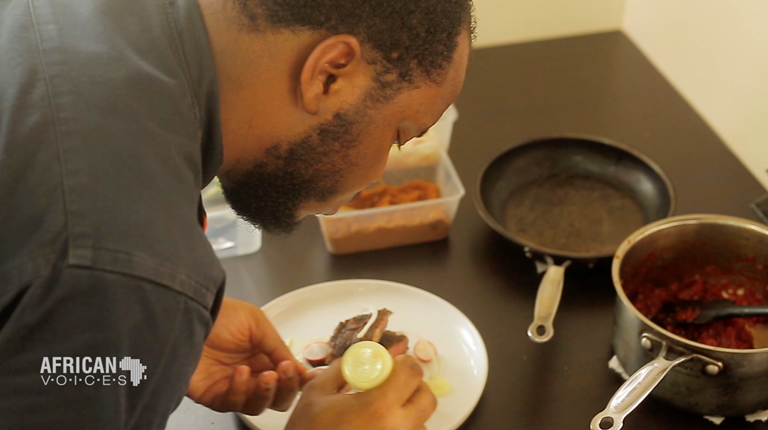 His love of food and creativity helped him move into the industry and earn a degree from Le Cordon Bleu in Paris, one of the most prestigious culinary schools in the world.

After completing his studies, ‘African Voices’ hears how Fregz returned to Nigeria determined to make name for himself in his home country.

However, Fregz explains to the programme that returning home proved difficult: “Going back was a little tough. I thought, opportunities are not knocking at my door, so I’ll build that door… Nobody was getting back to me, and I was frustrated. I thought: ‘You know what? I have something in my dream, I know what I want.’ so I revamped my business to sell my fine dining real chief experience.”

The programme hears how Fregz quickly found success by combining western ingredients and traditional African dishes. However, the presentation of his dishes has also allowed him to reach the peak of his profession in Lagos. 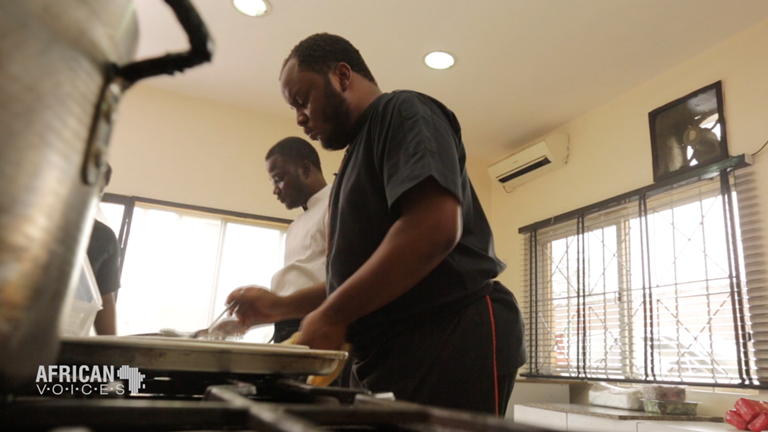 Fregz explains to ‘African Voices’ why he feels this is so significant for African cuisine as a whole: “Our food these days is becoming a fusion of many different kind of experiences… Why can’t our food look as good as a Michelin star dish in a London restaurant or in my restaurants in Paris? Our food has flavour and it is celebrated.”

Now a recognisable celebrity chef, Fregz’s success has contributed to allow other chefs to progress their careers in the industry, with the profession being acknowledged far more in Nigeria.

“I think what makes my food stand out is because it has a heart. It dares to be different. That’s always been my motto, I always want what I do to stand out.”-he added