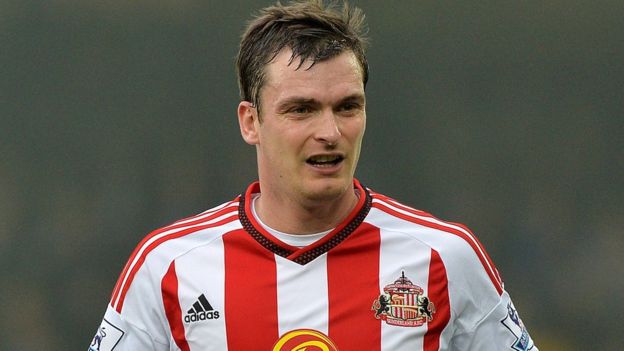 Former England midfielder Adam Johnson has lost a challenge against his conviction for sexual activity with a besotted 15-year-old fan.

His application for permission to appeal was today dismissed by three judges in London. The Court of Appeal judges also rejected his bid for a reduction in his six-year jail sentence.

The decisions in renewed applications made by 29-year-old Johnson – following earlier refusals by a single judge.

At the start of his trial at Bradford Crown Court, Johnson admitted one charge of sexual activity with a child, relating to kissing her. He also admitted a charge of meeting a child with intent following grooming her.

He denied there was any further sexual activity with her in his Range Rover when he met up with her in County Durham in January 2015.

But the former Sunderland and Manchester City winger was found guilty by a jury in March last year of one offence of sexual activity with a child.

Judge Jonathan Rose, when sentencing Johnson, said he was satisfied the girl suffered “severe psychological harm” and that he took advantage of “a young teenager’s adoration of a successful celebrity”.

At the centre of Johnson’s fight against conviction was a criticism that the trial judge “misdirected” the jury on issues of his “credibility”.

Eleanor Laws QC, representing Johnson at a recent hearing at the Court of Appeal, argued that this must have had “an adverse and unfair impact on the credibility of Adam Johnson in a case where credibility was the central issue, hence the conviction is unsafe”.

But in the court’s written ruling, Lady Justice Rafferty said that although the trial judge was in “error” in relation to a particular direction during summing up, “the error does not imperil the safety of the conviction”.

The three judges were also asked to rule on a submission that the jail sentence imposed was “too much for this offence”.

His QC had submitted: “When one looks at the sentencing judge’s remarks, he was clearly highly influenced by the fact that the applicant was a famous and successful footballer and, in fact, counted that against him.”

Dismissing the sentence application, Lady Justice Rafferty said the single judge wrote: “Although a sentence of six years may be stiff, even severe, I do not consider it to be arguable that it was manifestly excessive.”