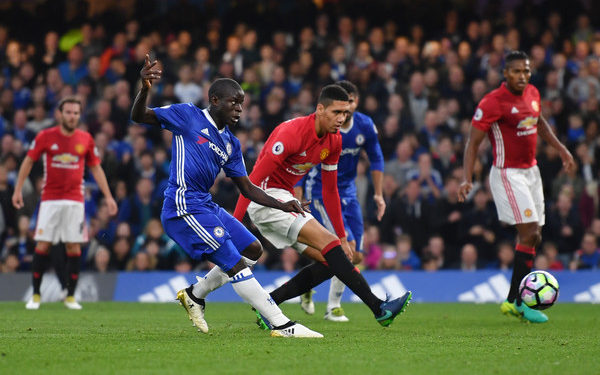 N’Golo Kante scored the only goal for the Blues, as Mourinho endured another frustrating return to Stamford Bridge where his team was beaten 1-0 to end their FA Cup defence.

Chelsea had dominated most minutes played in the match, no thanks to the opposition team which was reduced to ten man during the first half.

Ander Herrera had picked up two first-half bookings for fouls on the superb Eden Hazard and was sent off. Only for Kante to  lash home at the 51st minute to give the hosts the advantage.

Man United had to struggle with Chelsea’s pace for most part of the play, having fell short of a team member in Herrera. Perhaps they’d had rescued something or progress from the fixture which didn’t look promising for the Red Devil prior to the showdown.

1 nil it ended between Chelsea and Man U in the quater final of the English FA Cup. But it was the Blues which progressed to the Semi Final stage.