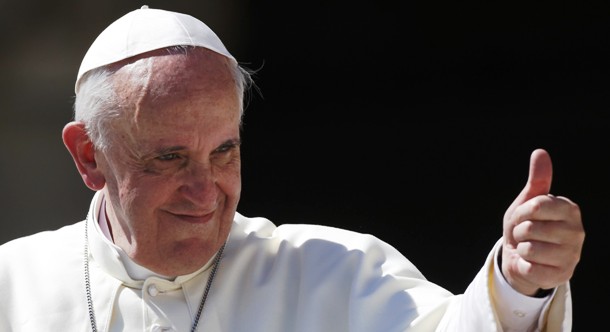 The Catholic Pope has said that married men may be considered for the priesthood, if they are older men who have been longtime members of the Church.

The Guardian reports that in a recent interview, the Pope said that older married men who have long been devoted to the Church may be considered to serve as priests in communities that have a shortage of church leaders.

“We must think about whether viri probati are a possibility,” Francis said, referring to the older married men who have proven their devotion to the Church. “Then we have to decide what tasks they can take on, for example in remote communities,” he added.

The Catholic Church has been facing a crisis as fewer men opt to join the priesthood as their vocation. Francis said that “voluntary celibacy” is not the answer to this crisis, according to theNational Catholic Register.

In 2014, Francis noted that there are already some married priests serving the Church, citing former Anglican ministers who converted to Catholicism, Coptic Catholics, as well as priests in some eastern churches.

Francis said that much prayer must be undertaken before a decision is made on this matter. “That is what is missing: prayer,” the pope stated.