Over 100,000 People Have Petitioned Barca Vs PSG Be Replayed 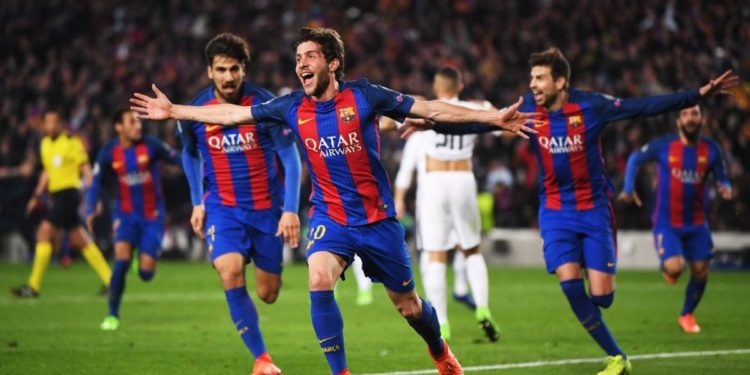 A petition calling for Barcelona’s 6-1 win over Paris Saint-Germain in the Champions League to be replayed has received the support of over 100,000 signatures.

Barca appeared to be on their way out of the competition after they lost 4-0 to the Ligue 1 side in the first-leg of their second round tie.

However, Luis Enrique’s men became the first team to overcome a first-leg deficit of that magnitude when they demolished PSG at Camp Nou.

Referee Deniz Aytekin was heavily criticised for his performance in the game, giving the home side two penalties, and reports circulated that he could be demoted as a result.

A PSG fan, Luis Melendo Olmedo, wants the thriller at Camp Nou to be repeated.

The request was set up on Change.org, which allows people to post various petitions on issues such as women’s rights, immigration, war and discrimination.

According to Olmedo, the thrilling encounter must be revisited because of “incidents that seriously damaged PSG. As a result of the German referee Deniz Aytekin, who gave Barcelona an advantage with his refereeing decisions.”

The target number of signatures for Olmedo’s petition is 150,000 and he already has a huge amount of support.