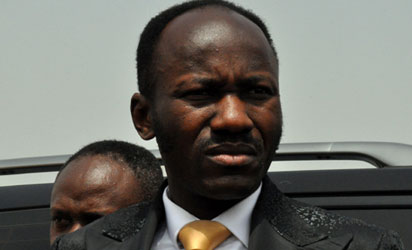 Apostle Suleman’s sex scandal with Ms Stephanie appear to be taking a more messier turn, now that the Keyamo’s Chambers has signal a strong warning to the cleric to stop dragging his name into the  scandal.

The controversial lawyer specifically warned the fiery preacher against making malicious comments about him, maintaining that he was not behind Suleman’s travails.

Suleman and Keyamo have been on each other’s neck following the outbreak of the news that the former was allegedly involved in extra-marital affair with the mistress; Stephanie Otobo.

A letter from Festus Keyamo Chambers dated March 4, 2017 and addressed to the Inspector-General of Police, had claimed that Stephanie began a romantic relationship with Suleiman in Canada in 2015.

The letter also alleged that the pastor told her he was divorced from his wife and proposed to her, before meeting with her family for introduction declaring his intention to marry her.

Suleman, however, debunked the allegation, saying that he never had anything to do with Ms. Otobo. 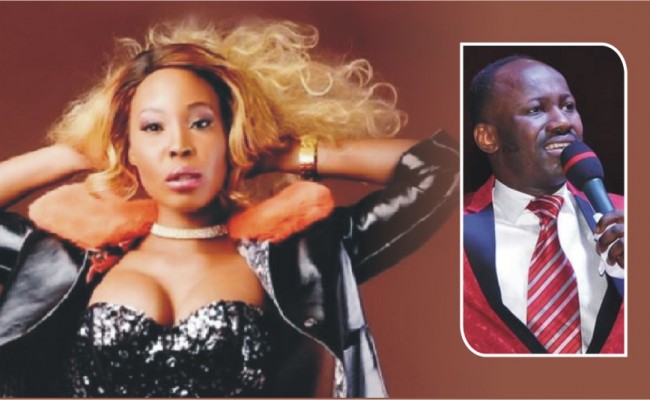 On Friday, Suleman pulled another shocker when he claimed that “Festus Keyamo and his paymasters had concluded plans to unveil cloned video clips in a desperate bid to prove that he had an amorous relationship with one Miss Stephanie Otobo.

The cleric also claimed that there were plots to kill or terribly harm Stephanie Otobo and frame him or his agents as being responsible for the heinous act.

Daily Post reports a revelation issued on behalf of the Keyamo Chambers that the lawyer warned the man of God to stop denting his hard-earned name and reputation in a bid to pull off his neck from his ‘sins.’

The letter jointly signed by Uchenna B. Moneke, and ?Oluwafemi Olabisi reads:

“The attention of Festus Keyamo Chambers has been drawn to a series of press releases and letters by one Apostle Johnson Suleman (who claims to be a “man of God”) and his lawyers attacking the person of our Head of Chambers, Mr. Festus Keyamo in respect of the discharge of our professional duties to one of our clients, Miss Stephanie Otobo. Whilst our formal response to the ill-advised letter by his lawyers is on its way to him, we deem it necessary to make this release in response to the series of releases Apostle Suleman has recently made.

Firstly, Mr. Festus Keyamo is not even PERSONALLY INVOLVED in this matter. He has no personal interest in it at all. Upon accepting the brief of Miss Stephanie Otobo at the Lagos office, Mr. Keyamo, (who has been in the Abuja office all this while) instructed three of the lawyers in Lagos (including both undersigned) to handle the brief professionally. Apart from an informal and friendly phone conversation Mr. Festus Keyamo had with a reporter in Punch Newspapers and one other blog about this matter, Mr. Keyamo has never personally signed or issued any letter or press release on this issue. The lawyers in the Lagos office are working on this. So, it baffles us that Apostle Suleman and his aides have decided to drag Mr. Keyamo PERSONALLY into this issue. Mr. Keyamo never owed Apostle Suleman any professional duty and so was under no legal restriction to accept a brief against him.

Secondly, all the allegations of some imaginary grand conspiracy being perpetrated against Apostle Suleman are not only pathetic, but are ludicrous and a nonsensical smokescreen. We have the instruction of our client to ask Apostle Suleman the following questions:

(a) Whether it is the Hausa/Fulani herdsmen that instructed him to be paying millions into the account of our client who he calls a “stripper” all the way in Canada.

(b) Whether it is his special calling as a so-called “man of God” to be paying millions to strippers and prostitutes to leave their trade, when there are poor women and widows within his congregation in Nigeria that need help badly.

(c) Whether it is the Hausa/Fulani herdsmen that instructed him to be exchanging amorous text messages with a girl he calls “a stripper”. These text messages would all be investigated and revealed when full criminal investigations commence.

(d) Whether it is the Hausa/Fulani herdsmen that instructed him to be having Skype conversations with Miss Stephanie Otobo and to be requesting her to open her bare breasts to him.

(e) Whether it is the Hausa/Fulani herdsmen that told him to be exposing his private part to Miss Stephanie on Skype; which pictures are in our custody.

We make bold to say that when criminal investigations commence, all these text messages and pictures would be subjected to serious forensic analysis, and the truth would be established. The hotels they slept in and the evidence of their meetings in and out of this country would be revealed. The pitiable excuse of “photo-shop” has become a convenient escape route for all culprits caught on tape these days.

Finally, Mr. Festus Keyamo is not the problem of the ‘Apostle” gentleman. His problem is the little girl whom he thought he could easily take advantage of and destroy her life. Somehow, she has found the strength and the voice to fight back and this is where we are now. Other unfortunate victims of this same self-proclaimed “Man of God” are also in touch with us now and are also itching to tell their story, with proofs.

Please, he should face the consequences of his “sins” and leave Mr. Keyamo alone.