Osibanjo Is Fit To Rule, I Need More Rest -Buhari

The President who touchdown in the country early this morning has has said he will continue to rest while Vice President Yemi Osinbajo continues to act. 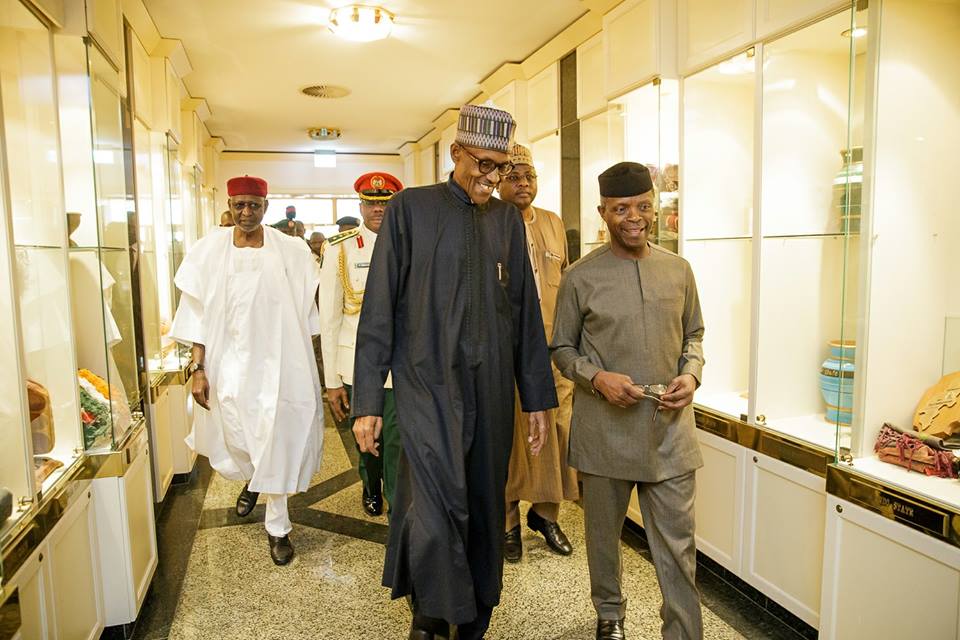 Buhari? arrived at around 8.30 AM at Presidential Villa

He was received by the members of the Federal Executive Council (FEC), all heads of security agencies and the governors Kogi, Yahaya Bell and Zamfara, Abdulaziz Yari?.

He later met with them at the First Lady Conference Room at the Presidential Villa.

Addressing those at the meeting, he expressed his gratitude to Nigerians who prayed and called for more support as he rededicated himself to service.

He said he feels much better now and appealed to all Nigerians to continue to pray for him. He said was still a little bit tired but said “whatever the case I’m still grateful to Nigerians”.

He said he was conscious of the cost his treatment abroad but added that he received the best of treatment.