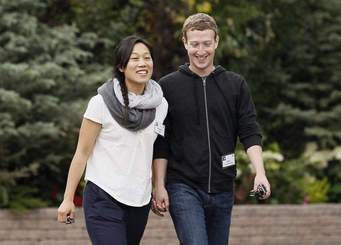 Zuckerberg is expecting his second child

In a Facebook post, Zuckerberg said, “I cannot think of a greater gift than having a sister and I’m so happy Max and our new child will have each other”.

Congratulations to the  internet mogul.