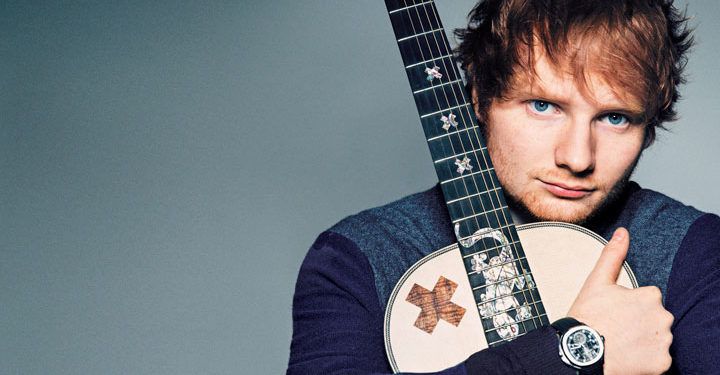 The English songwriter appear to be having his eyes outside music, having set his sights on a new path – film.

The “Thinking Out Loud” crooner told The Sun UK of recent;

“I really want to make a film that I do the soundtrack for and star in – that’s my next thing,” he said.

“I look at a film like Notting Hill and I think that’s like a brilliant benchmark, or Once. So if you were to mix Notting Hill with Once, I would say that would be a good start.”
And this isn’t just a fantasy, he’s actually trying to make it happen: “I am in talks with one filmmaker that I really f**king love and we are going to slowly but surely put something together.

“I would want to cast all unknowns. I want to have a low-budget, indie, British-made film,” he added.

In case you don’t know, Ed has already got a bit of acting on his CV. In 2015 he appeared as an “ambitious and deadly protege of a church elder” in mediaeval drama The Bastard Executioner.

Why I Inserted Several Grammes of Cocaine ...