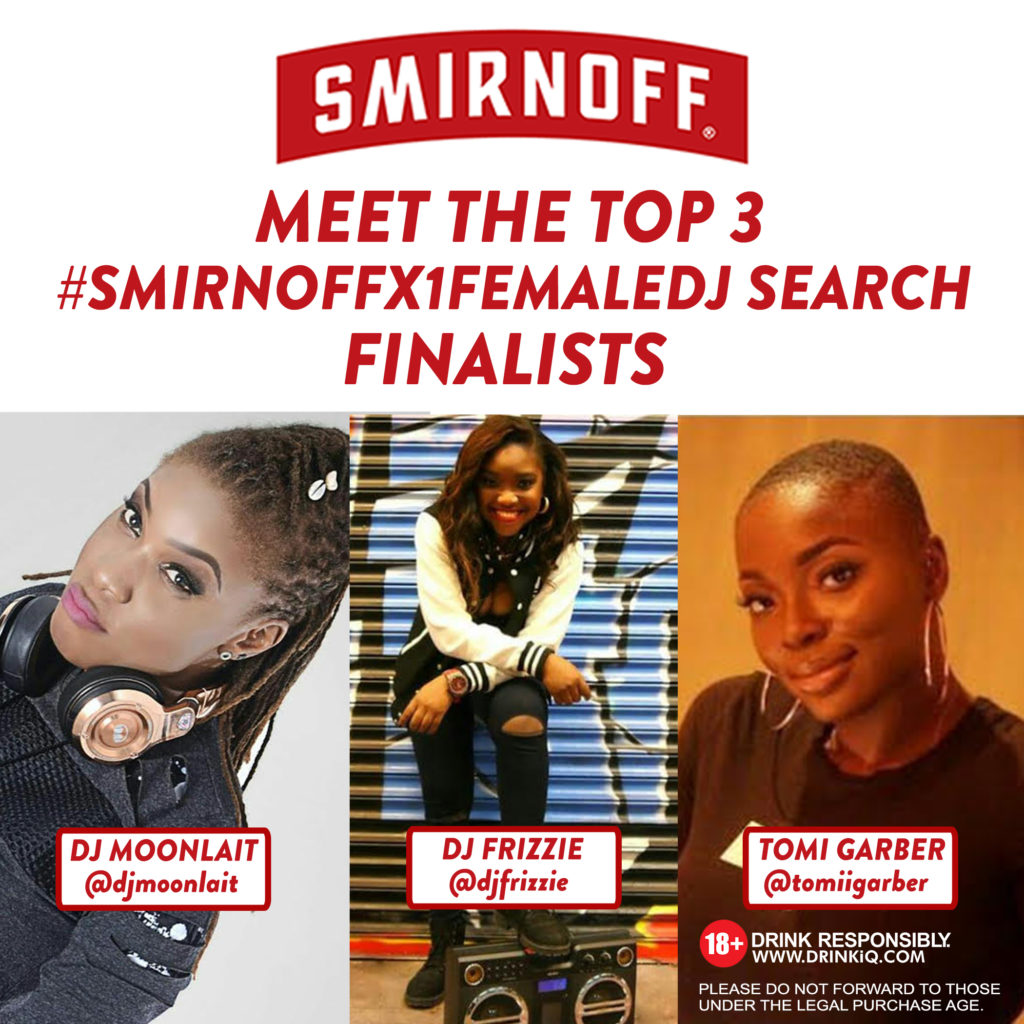 There is no better way to celebrate International Women’s Day than to recognise the talent and individuality in women. To this end, SMIRNOFF™ announced a global commitment to create change through their “Equalizing Music” initiative. By bringing music fans and industry leaders together, SMIRNOFF™ aspires to encourage the doubling the number of female headlinersby 2020.

Bringing it back home, Smirnoff kick started an extension of the global initiative in Nigeria tagged; #SMIRNOFX1FEMALEDJ; a concept that spotlights female DJs in Nigeria giving them a platform to showcase their talents, while also promoting the brand’s commitments to inclusivity and openness.

To promote this concept, Smirnoff Ambassador DJSpinall had earlier taken to social media calling out to female DJs across the country to be a part of this campaign by sharing entry videos; asking them to showcase their turntable skills and creativity; with the hope of becoming the #SMIRNOFFX1FEMALEDJ.

With dozens of entries from across Nigeria, the top 3 finalists have been selected and they will battle it out at The Smirnoff House Party: International Women’s Day Edition in Jos on the 10th of March where the winner of the#SMIRNOFFX1FEMALEDJ will be decided and announced. 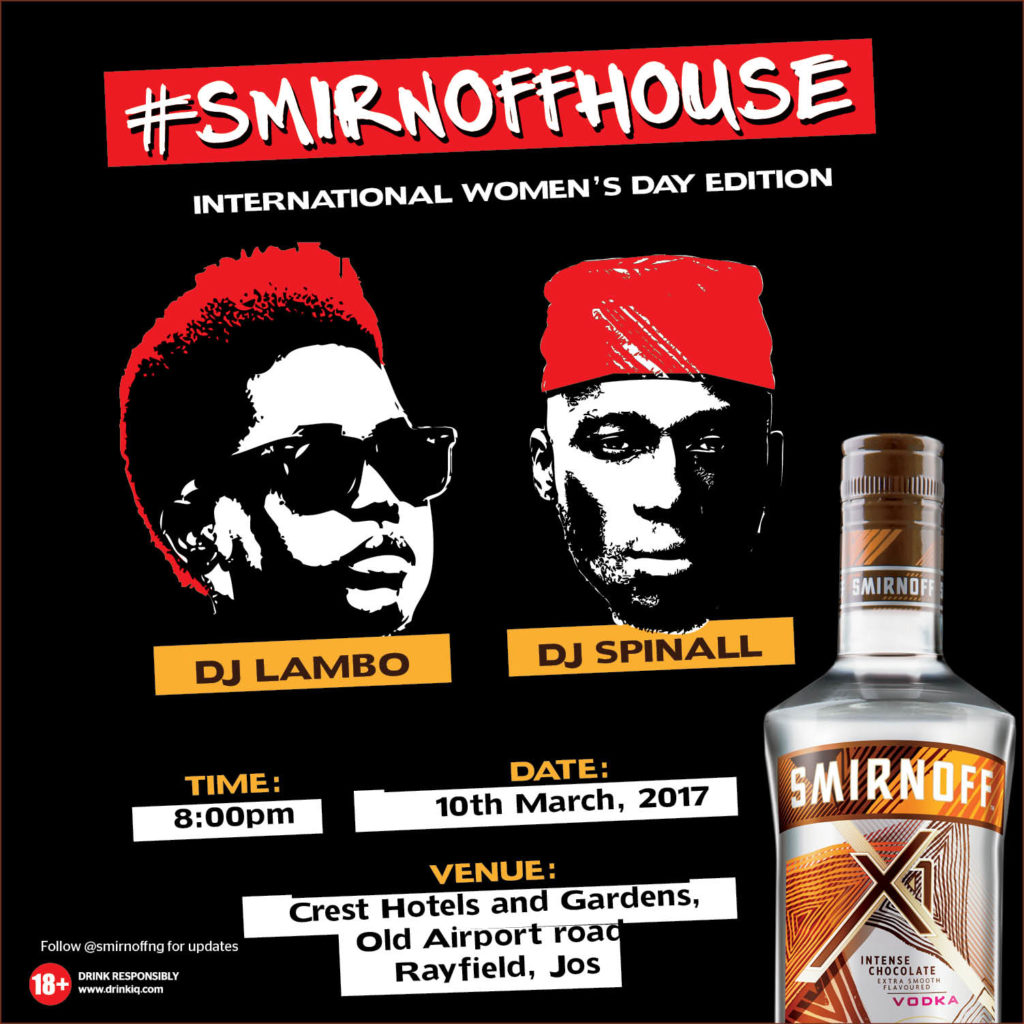 Remember, you have to be +18 to party with Smirnoff.