A popular church in Ilorin has reportedly left many people shocked after it used the photo of American singer, Nicki Minaj on its relationship poster. 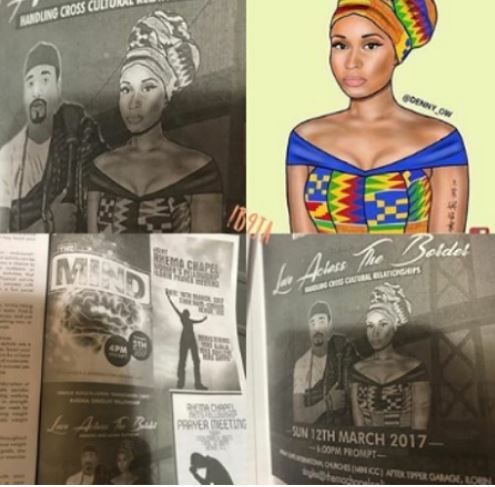 The reason why the church popularly known as Rhema Chapel International decided to use Nicki Minaj’s photos is yet unclear. But, many people have kicked against it as some have contested that Minaj is not a good example for Christians to imitate.

She recently bared one of her br**sts during an event all in the name of fashion. Many people have said someone with such scandalous mentality should not be used on church posters as she is not a good example for Christian kids.