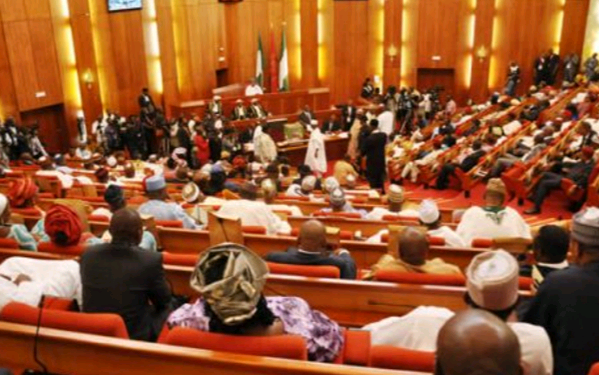 The Senate Committee on Foreign Affairs, on Wednesday, screened an 82-year-old non-career ambassadorial nominee, Justice Sylvanus Nsofor (retd.), who refused to recite the National Anthem when he was asked to do so.

The refusal by the nominee to recite the anthem had shocked members of the senate committee.

The nominee is one of the 46 on the ‘reviewed list’ for whom President Muhammadu Buhari was seeking legislative approval for their appointment.

The nominee was asked series of questions, which he responded to.

The nominee, however, decline to recite it, asking the lawmakers why he should do so.

Nsofor, after engaging the lawmakers in arguments, was eventually asked to take a bow and leave the venue.

He was a Judge of the High Court of Nigeria, Justice of the Court of Appeal, and Lecturer in Law at the Holborn College of Law in London?.