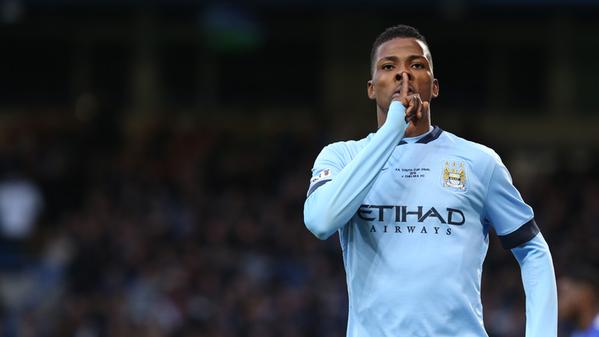 The tactician confessed his preference for just one forward, which makes it quite difficult for the Nigeria internatonal in the pecking order which has Sergio Aguero, Gabriel Jesus and Nolito.

Guardiola expressed his sympathy for the 20-year-old forward who last played a league game for the Citizens in January.

He praised the Nigerian quality and dedication in training sessions while highlighting some of his flaws.

“Kelechi now isn’t playing for the last games. It’s a pity for him because he’s another guy – all the African guys I train in my life always they are amazing how they are like professionals in the training sessions,” Guardiola was quoted by ESPN.

“But I like normally one striker, not two. Of course, when Sergio [Aguero] was injured, players play the game. But then Gabriel came and Sergio didn’t play, so the space is what it is. But it is going to happen this situation with Gabriel so Sergio can’t play all the games and, of course, he [Iheanacho] is going to help us.

“I know his quality. I know, of course, he’s young and has a lot of things to improve especially in winning duels and be strong in some positions.

“But he’s a guy who, in the boxes, is really good. He likes to come a little bit out of the box to play, but arriving at the right tempo and attacking the first post is amazing. So, as a guy, he doesn’t need many, many chances to score a goal.”

Iheanacho has scored six times in 20 games across all competitions this season and could return to action for City when they welcome Huddersfield for a replay of the FA Cup Fifth round on Wednesday night.